Behind The Scenes: September 2011 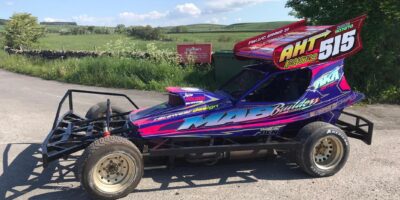 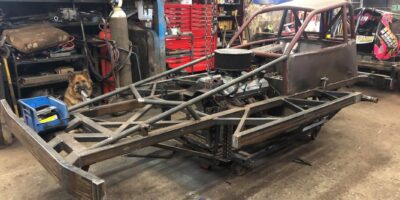 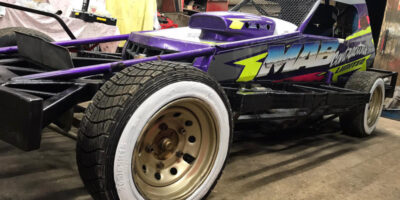 Doing it for Tim

It’s Tuesday night which means the lads turn up to help me out. Straight from work, they all arrive in time for their tea which Samantha always supplies. So after a good feed it’s up to the garage to get some jobs done, and there’s plenty to do.

There’s work to be done on both cars. Norm gets stuck into sorting out the side rail on the tarmac car, which has damage from the World Final.

Thornie amongst other things does some hand bending and bends some plates for the side rail.

Then we have Rossi – he welds and sorts out my front suspension for the tarmac car.

Batty uses the grinder to make a side rail for the shale car.

Then there’s me grinding, making a new back axle for the shale car. I’m swapping back from a Ford 9” to a Transit rear axle.

None of the lads leave until 11.00pm, it’s been a long night! At one point there were so many welders and grinders going at the same time that my 110 volt transformer tripped out!

Without my team and friends I certainly would not be racing that’s for sure!

Thanks lads! Oh, and thanks to Sam to for always making sure we’re well fed! 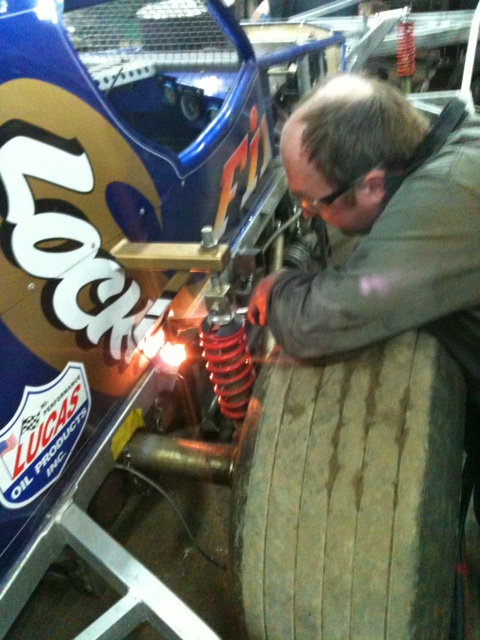 Norm starts on the side rails. 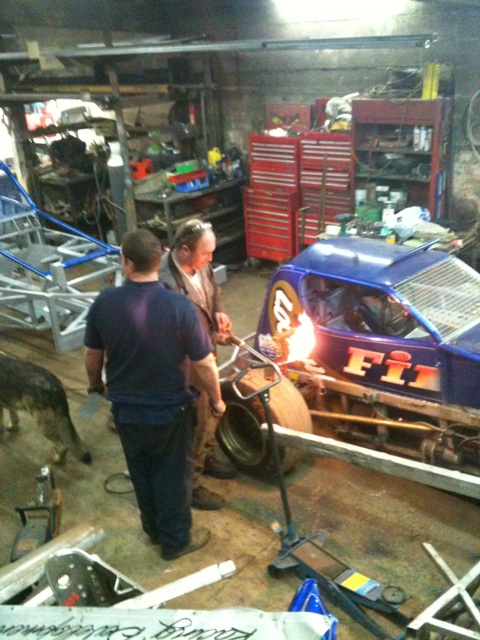 Thornie and Norm get to work on the tarmac car. 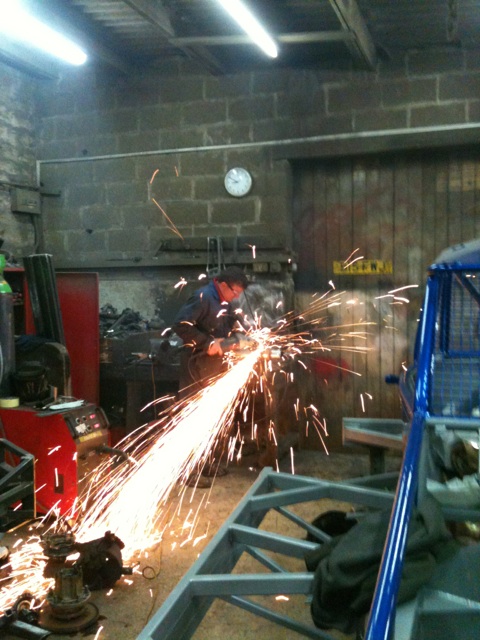 Me, hard at work. 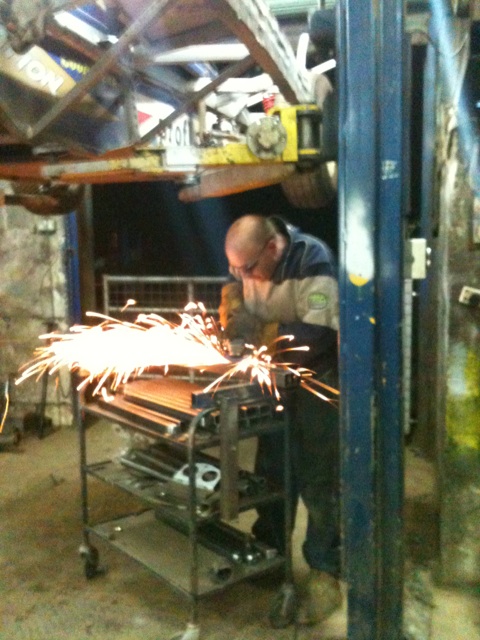 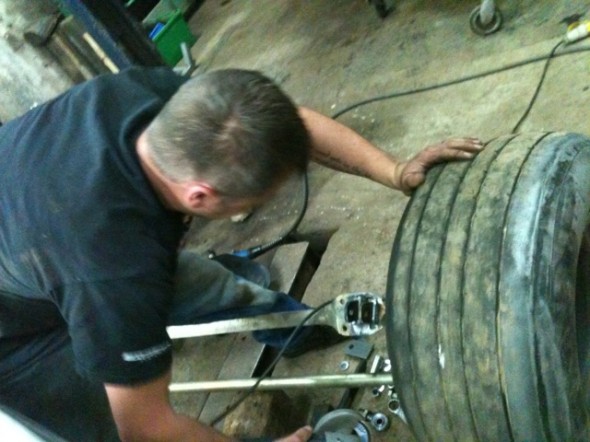 Rossi working on the front suspension of the tarmac car 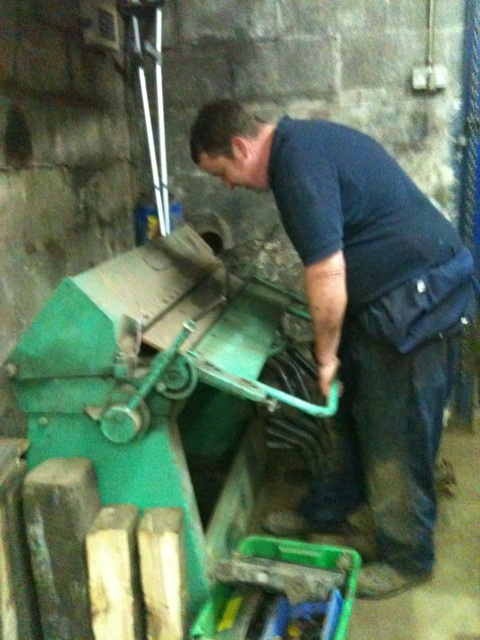 And here’s a preview of a new car for top Dutch driver Gerrit Zwerver. 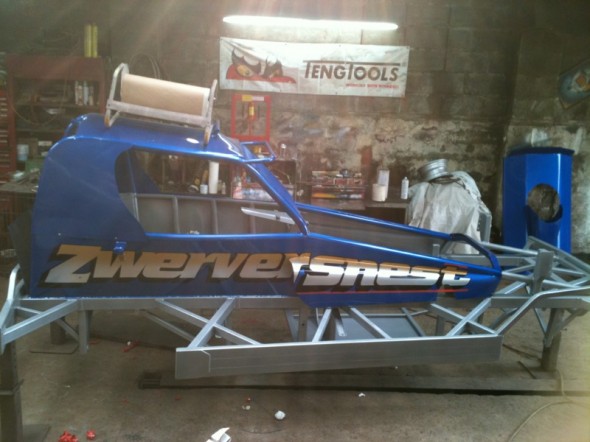 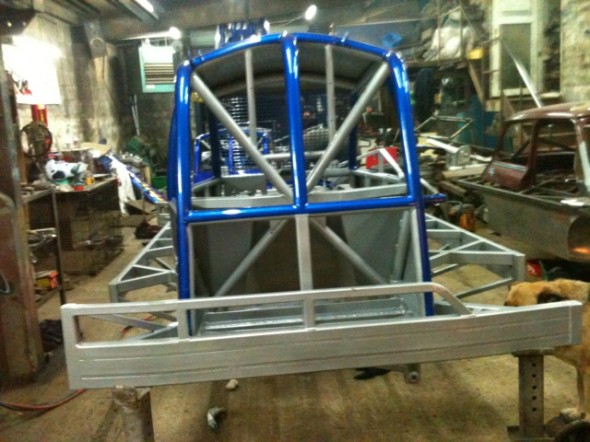 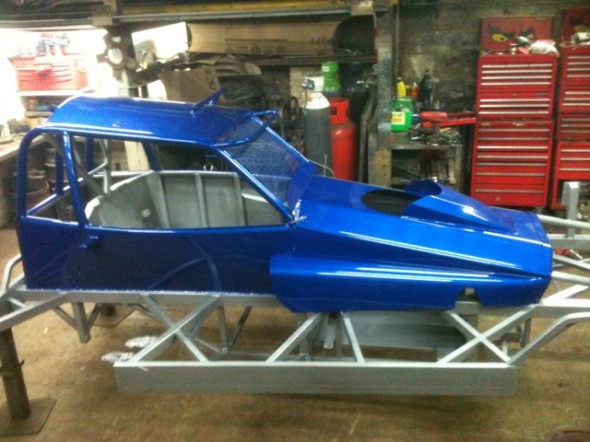 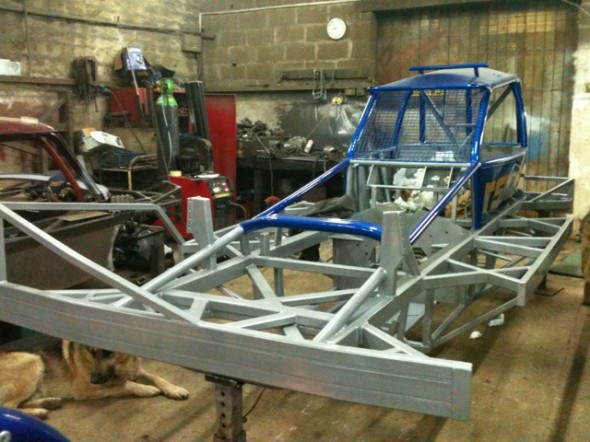 Doing it for Tim