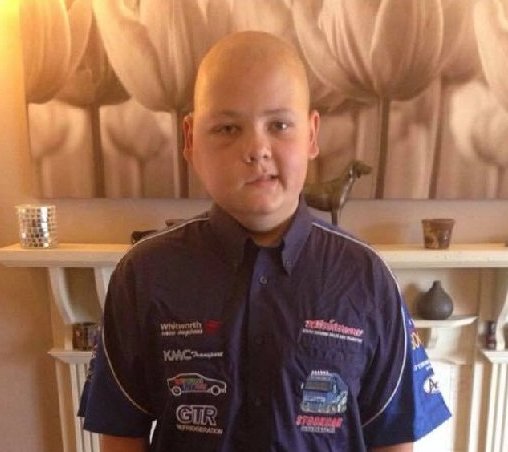 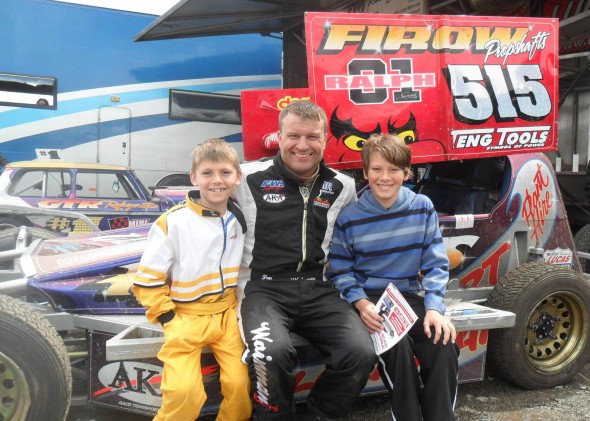 Michael Drawbridge (age 12) and Thomas Drawbridge (age 9), were introduced to stock cars by their dad Brian, who showed them the Gears And Tears series and took them to the races and they became stockcar and Frankie Wainman fans. This pic was taken at the 2013 British Championship at Buxton, and Frankie later signed it for Michael at Stoke a few months later. 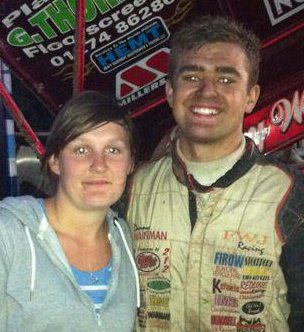 Narelle Bristow sent in this picture of her sister Melanie with Danny – she always cheers him on and has a model of his car in her car. 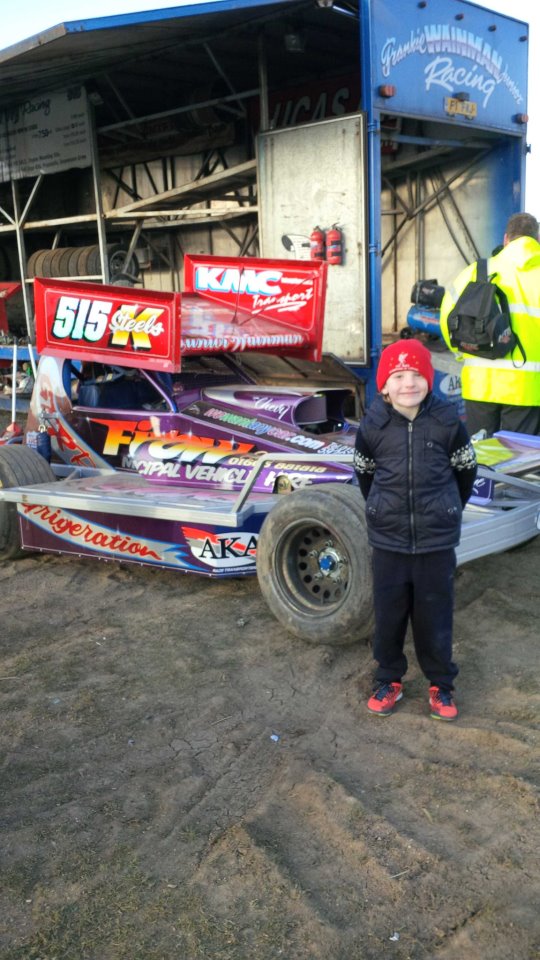 Stevie Bristow with the 515 tarmac car. 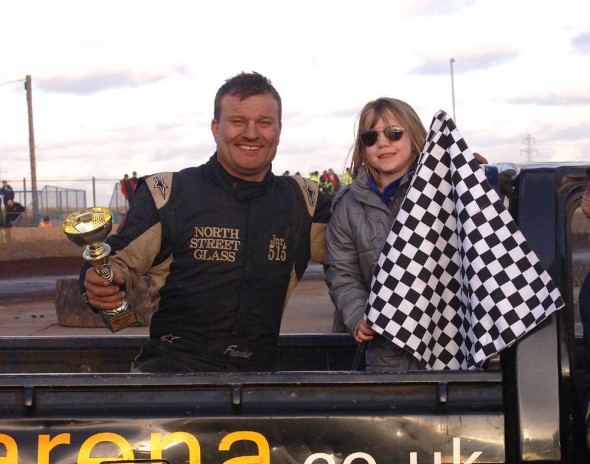 Frankie had Mia Reeves accompany him on a lap of honour at King’s Lynn. 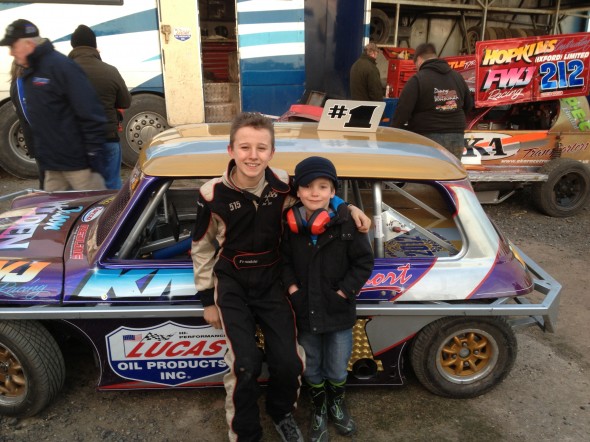 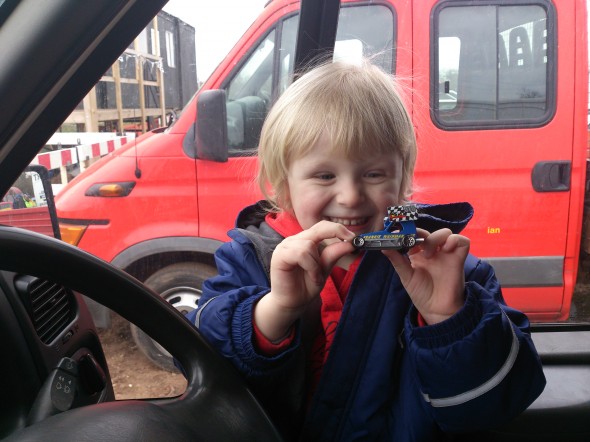 Dylan Hucker, aged 3, with his toy FWJ car. He loves playing with it, even though he was supposed to be watching his Daddy race at Grimley! 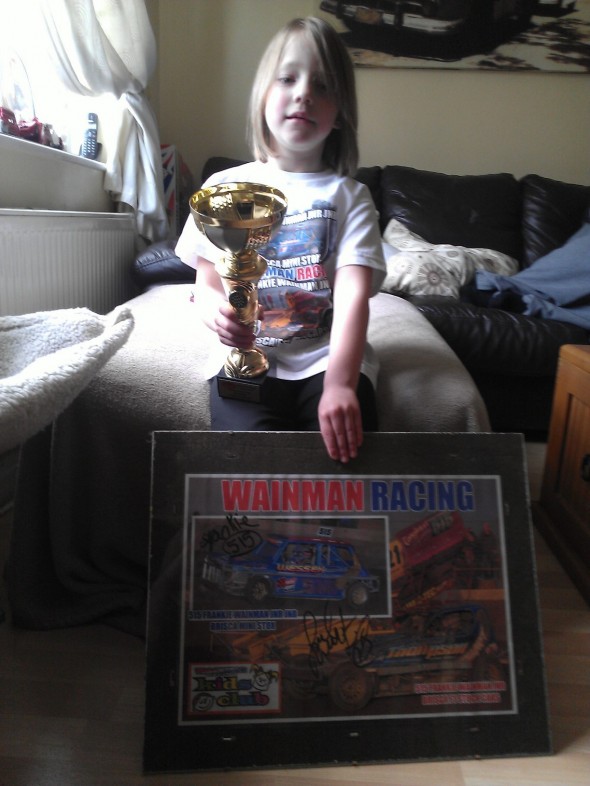 Mia Reeves with some of her Wainman memorabilia. Great stuff, Mia! 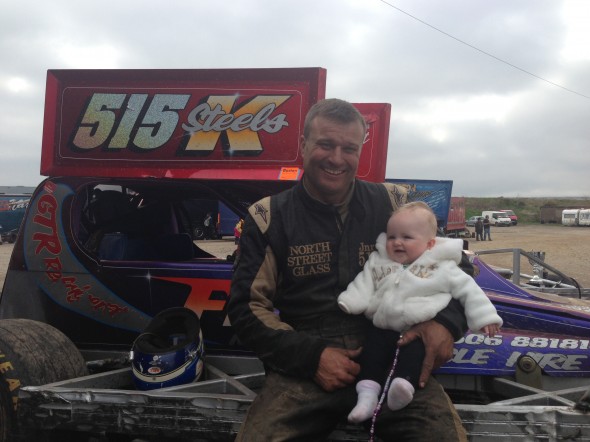 Yvonne Cooper sent us this picture of her daughter Elise with her favourite driver frankie. She loves watching the racing and doesn’t even mind the noise of the cars! 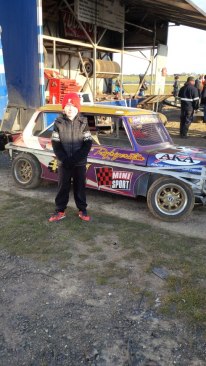 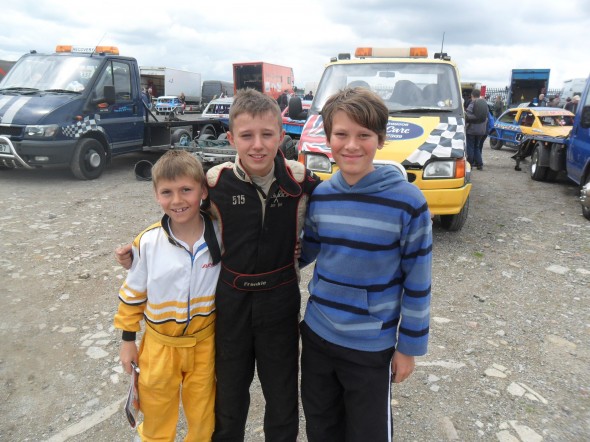 Michael and Thomas Drawbridge with Frankie JJ at Buxton. 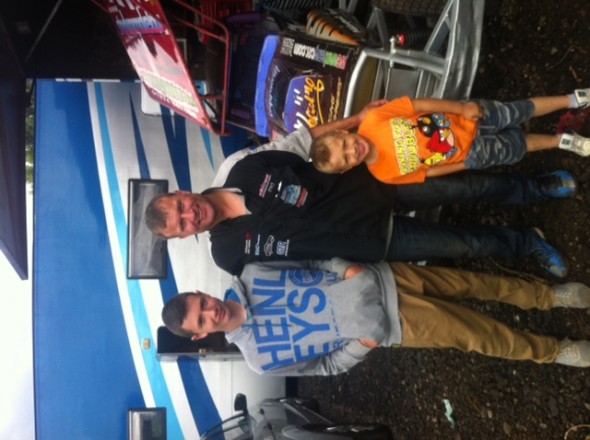 Frankie met Alfie and Ben Andrews at Sheffield. It made their day, and Alfie hasn’t shut up about it since !
(Sorry about the photo being sideways – no matter what we do, it always displays that way 🙁 ) 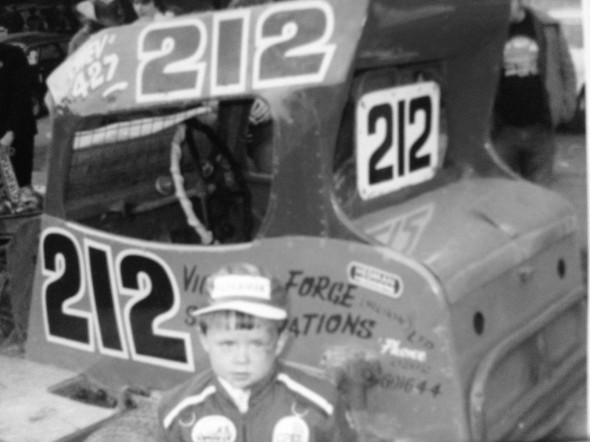 This must be the oldest photo we’ve been sent. Stu Hesketh with Frank Senior’s car, in the pits at White City, around 1980. 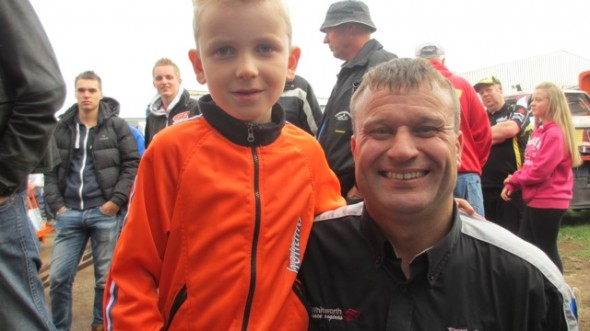 Mats de Veij was keen to have a photo with the man who has built his father’s stock car. He is a big fan of the Wainmans.
The picture was taken during the World Final in King’s Lynn 2013. 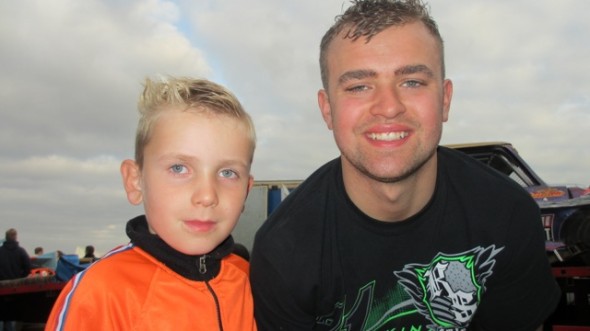 Mats also had a photo with Danny, and got some autographs.

If you’ve had your photo taken with any of the Wainmans, then email it to us and see yourself on a future edition of Featured Fans. The address is wainmanracing@gmail.com – please remember to include some details about the photo!