Friday night we spend getting everything loaded and ready for tomorrow’s World Final. With thanks to my crew who come to the farm to help out, we finish just after midnight, there’s so much to remember and take. The Mini truck has been loaded too just in case I get damage and can’t race on Sunday. If this was the case my plan was to take them to Barford. 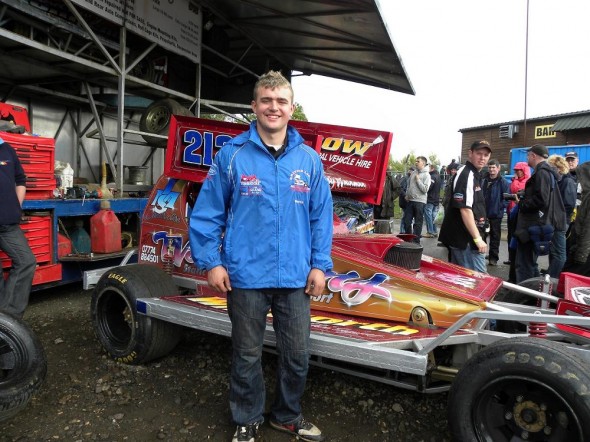 So we leave home for the World final! It’s an early start and thankfully the truck does a good job by getting us there without any problems. The pits are manic! Thanks to the Northampton crew our usual parking space has been reserved. 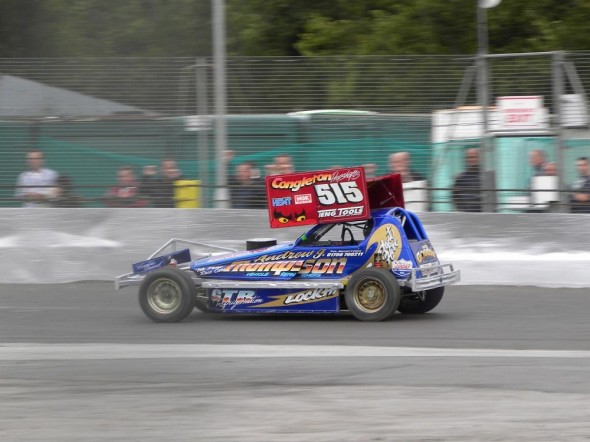 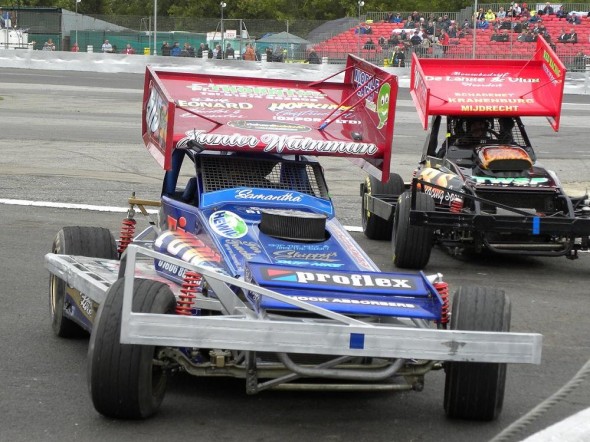 Frankie heads back to the pits (Photo: Martin Fitzgerald) 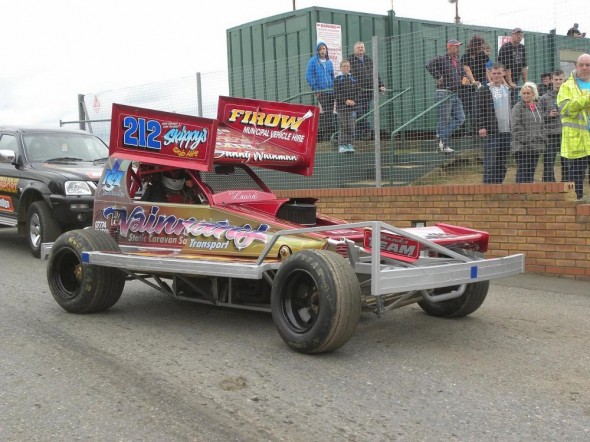 Me and Danny are out for practice, really pleased with the car, it felt quick. Danny was pleased with his too. Our cars are inspected and then we have to put them into the compound so it stops anyone adjusting or tampering with them before the big race. 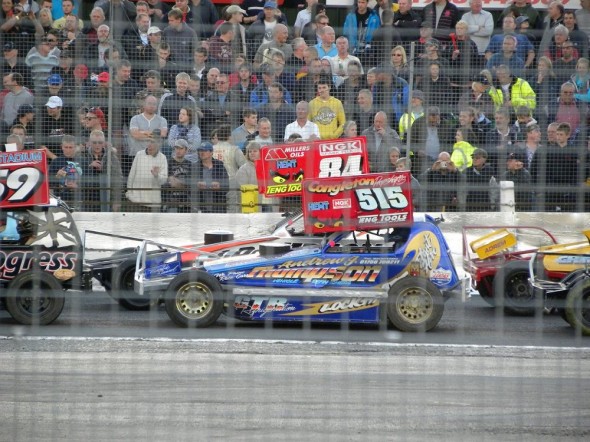 Then it was time for the World Final competitors to make their way to the track for a parade lap. It was nice to see the ‘Wainman’ supporters who made flags and banners for me and Danny. The crowd is huge, and it seems about 90% of them give me and Dan a good reception! 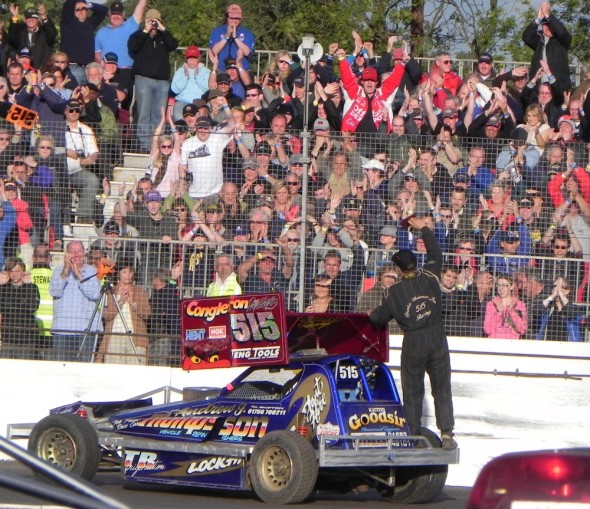 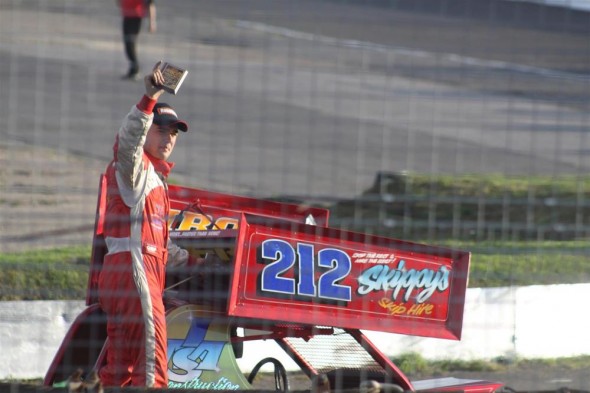 All mechanics are now sent off as the race is almost ready to start. So we now wait for the nerve-wracking voice that says ‘Gentlemen Start Your Engines’… Here goes! Despite the roar from the engines I can still hear the crowd’s shouts as they get ready for the biggest race of the year to start.

Anyway the flag drops and I’ve managed to get a really good start, straight into second place, and then into the lead by the second bend. The car felt good, but the yellows are out. A good restart but the tyres didn’t feel so good, but still I manage to keep my lead. And then the yellows are back out again! I think I’ve been leading for about 14 laps?

I get another reasonable start but the car has started to push on at this point. Dan Johnson is catching fast and gives me a slap putting me round the wall, and as I was recovering back into third place I was picked up and followed to the wall by a yellow car…!

The impact being so hard that it smashed my back axle in half, ending my world final and weekend racing. Danny wasn’t having it easy either; for no reason his front hub sheared off ending his race also. 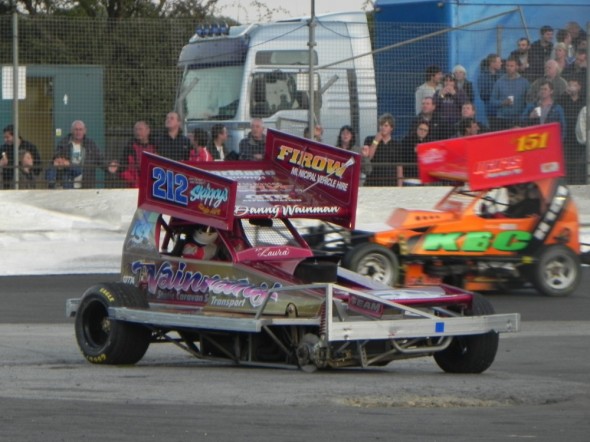 Back to the pits and I’m unable to fix the car so it gets loaded up. Wez and Vicki are going to take me and the family home so we can go to Barford tomorrow – it’s Phoebe’s last chance to make superstar! Read on to find out! 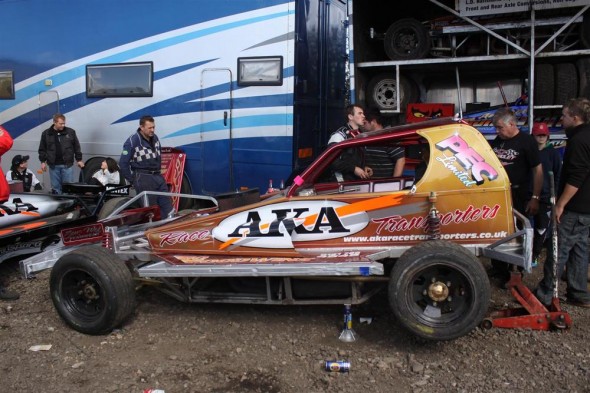 The rest of Danny’s meeting is successful, he has a superb drive in the Consolation getting second place. He also drove a blinder in the Final getting third. Well done Dan.

So it’s no secret by now that the World Final was won by Paul Harrison! Really chuffed for him and his family, who have put so much effort into the sport for many years. I’m sure Paul will be a popular champion and hope he has a good year with his Gold Roof! Also pleased as the race was won in an FWJ car!

Thanks to the following people for this weekend: family and team, Wez & Vicki, the people who kindly bought me tyres for the meeting, and also to our brilliant fans and supporters for their endless support. Cheers!

Some pics of Danny on Sunday: 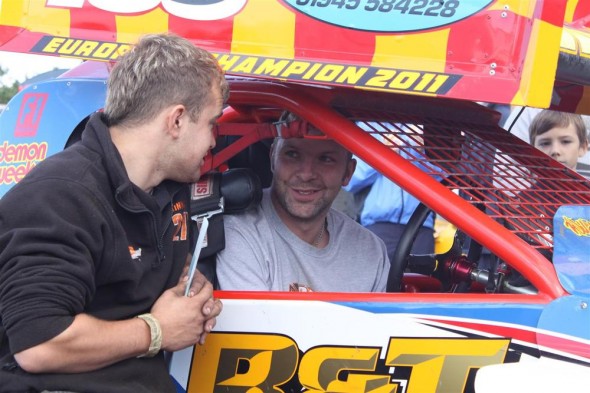 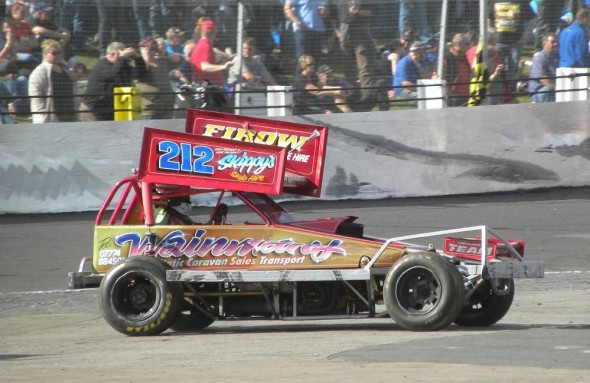