The week has flown by. Once again we make our 3½ hour journey to Skegness. All is going well until 15 miles away from the track we have a blow out. After a quick inspection I decide just to take it steady and carry on to our destination as it will be much easier to sort out there. 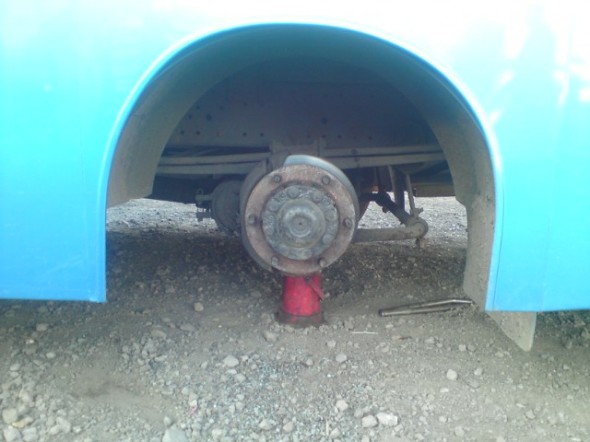 Blowout on the way to Skegness

Just 25 minutes after our arrival Frankie goes out for his first heat. His start is faultless and he’s driving really well. He catches front runner Alex Montegue 89, and they battle for a few laps. Meanwhile Mad Max 777 is catching and passes them both. Max soon makes good ground on them as Frankie and Alex are still tussling for 2nd & 3rd place. On the last lap Simon Roper 33 is catching fast and at the last corner he shoves them wide to sneak through into 2nd. Frankie and Alex recover and Alex manages to finish just in front of Frankie in 3rd spot leaving Frankie in 4th. A great race and start! 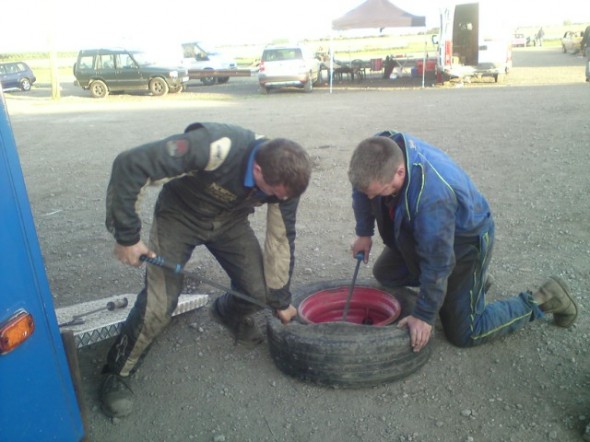 Tyre change in the pits

So back in the pits I have the problem of sorting the truck out which wasn’t easy! It’s the back inside passenger side. Getting it off was the easy bit but as I didn’t have a spare I had to find another tyre to put on our rim. Getting the blown tyre off the rim was a right nightmare! Without the right tools to do this particular job it takes some doing! Thankfully we borrowed a tyre off a GT driver that was the right size. So eventually we get the blown tyre off and manage to get the borrowed one back on. 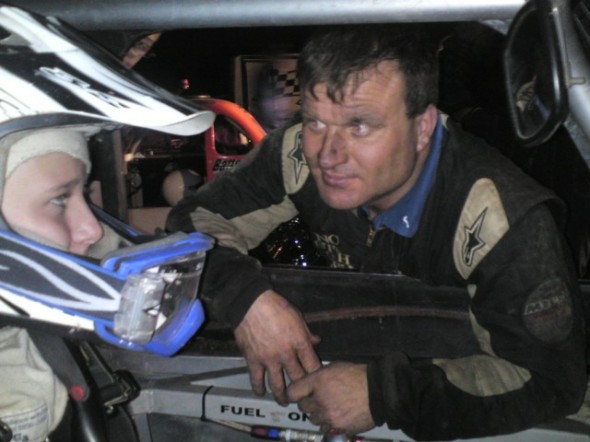 Frankie has refuelled his car, he has his own little way of doing this which is really funny, but he never spills a drop! As he’s sat waiting to go out we have a little chat. I felt that during his first heat he was going a bit wide in one particular corner, he explains that he’s worried about hitting the novices. The more experienced drivers make the most of any possible gap and usually pass him when he does this. Anyway our chat was beneficial because he corrected that corner perfectly in heat 2. There was some really good mature driving from all youngsters in this race and Frankie manages sixth place. I’m really happy with this as he can now start from blue in the final.

It’s Final time and the start goes well, Frankie looks quite quick and after 2 laps has got into 5th place. The waved yellows are out, Frankie slows down but the car behind him doesn’t and hits into the back of him. Just as the race is about to restart Frankie Pulls off. Not a clue what’s happened, but Frankie is towed back by the tractor. Not sure what’s happened yet but I’ve got a horrible feeling its engine related.

So not the best of finishes to the evening but it wasn’t all bad. I’ve not had a chance to look at Frankie’s car yet so still unaware of any damage. Just hope it’s not too expensive to fix!