We were planning on leaving home at about 2.00pm for Stoke, that was until I received a telephone call from friend and former F1 driver Ian Higgins. Ian, who now runs StoxKarts with his brother Paul, asked if Phoebe and Frankie JJ would like to have a drive in the 2 cars that they hire out. They both wanted a go so we left home an hour earlier than expected.

I was also contacted by Micky Preston asking if I would like a go in a UK modified car, so I agreed to have a blast round.

Almost as soon as we arrived Phoebe and Frankie were straight out in the StoxKarts, they were allowed to have a practice. Phoebe looked much quicker than Frankie and was starting to go well until she lost control and hit the wall, and Frankie was getting quicker as he went on. Phoebe decided that StoxKarts weren’t for her! She said it felt too claustrophobic. Frankie however thought they were great and did the rest of the races!

There was six of them out there, and he did well. He didn’t come last in any of the races anyway, a few spins here and there, but okay. So a big thanks to the Higgins family for giving them the opportunity.

Then it was time for me to have a blast round in the Modified! To be honest, I didn’t really think I’d enjoy these much, how wrong I was! I thought they were brilliant! Great to drive! I lost my goggles after 3 laps which was hard, but somehow I managed to find a good line and went on to win the race.

Back in the pits and the heavens have opened. The minis are out and the track is really slick. Cars are spinning all over and it’s a difficult race. Phoebe is spun out, and Frankie is making slow progress, they both finish though. 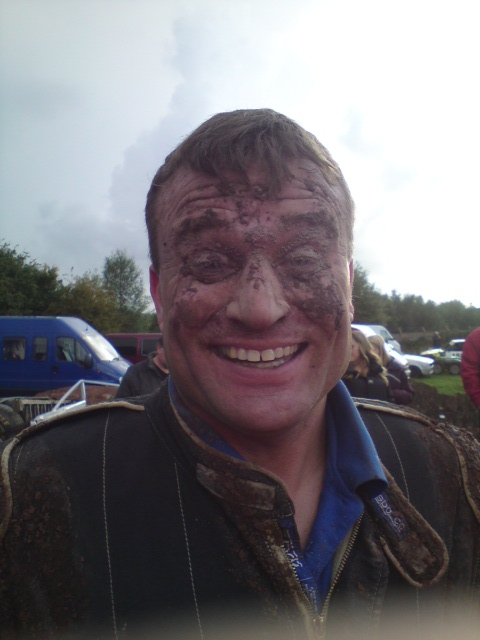 We change their tyres when they get back and then they go out again. They line up and sit there for almost half an hour. The bangers were on the race before and there are 17 of them on the track waiting to be towed off, and only 1 tractor! Finally the race starts, and once again Phoebe gets spun out and loses a lot of ground. She keeps going though and manages a tenth place. Frankie gets fifth after a good drive.

I go out for my second heat in the modified. Once again my goggles let me down! Really enjoyed this race too! Despite having a half spin whilst trying to pass a car I manage a third place.

The Bangers are on after this and once more it takes a long time for the 1 and only tractor to move them all. The kids are lined up ready for the final and I’m sure Frankie JJ fell asleep while waiting!

Anyway the track is really wet now, cars going everywhere, Phoebe pulls off onto the infield. Frankie battles on and despite getting spun out manages tenth place. Back to the pits, Phoebe pulls up with her goggles in pieces. What a night for goggles! Everyone’s started to feel a bit wet and miserable by now, the rain has barely stopped. Still, one more race to go. Both managed a decent drive in the Grand National crossing the line sixth and seventh.

I was looking forward to going out in the modified again for the final, but was told by a pit marshal that it had been cancelled due to the rain? Just looked out and spotted them on the track, so it was too late by then, never mind.

So all gets loaded up and we set off for our 3 hour journey to King’s Lynn.

Thanks go to all who helped, to Mickey Preston and UK Modified guys, and to Ian and Paul Higgins for the Stoxkarts experience. Cheers!