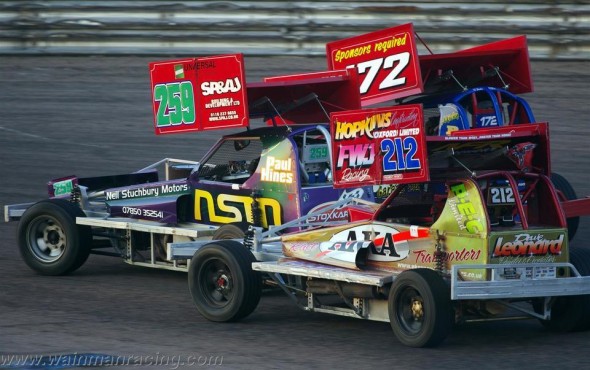 The first day of a tarmac weekend for both the Minis and the F1s.

Minis had 4 heats, with each driver doing three of the four. Frankie was in heats 1,2, and 3. In the first heat, Frankie got off to a good start and managed to get a 4th place.

Heat one for the F1s, and I was having a good race until all the tread came off my left rear tyre. I finished in about 12th and did not qualify, so had to go in the consolation.

Heat 2 for the Minis and Frankie drove a brilliant race! Unfortunately he got tangled up with another driver and ended up finishing eighth.

Heat 2 for the F1s and Danny had a better race and managed to qualify for the final.

Minis again, and Frankie drove a really good race managing to get second place. Frankie drove well all night! The Minis did not have a final tonight as they are going to have it tomorrow at Hednesford.

Consolation for the F1’s and I finished in third place behind Speaky and Ed Neachell, qualifying for the final.

Final for the F1’s and I had a really good start. I got through all of the superstars and nearly all the reds. I tapped Ryan Harrison wide to pass him, which he seemed to take offence to and stuck me in the wall. I did not finish because of damage to the car. Danny drove well and had a steady race, crossing the line in tenth place.

I managed to get all of the damage fixed and got the car back out for the Grand National. The same couldn’t have been said for Ryan, as although he finished second in the final he didn’t make it out for the GN. Unfortunately we missed a damaged suspension pick up point which failed on the third lap, breaking the prop shaft and causing me to retire from the race.

Danny did not have a good run, didn’t have much luck! He crossed the line in about eleventh place.

After the meeting we parked up for the evening about 10 minutes from Hednesford, so not far to travel in the morning.

Big thanks to Chris Webster for most of these photos, and to Lee Pycroft and Jack (sorry, no surname!) for the rest. 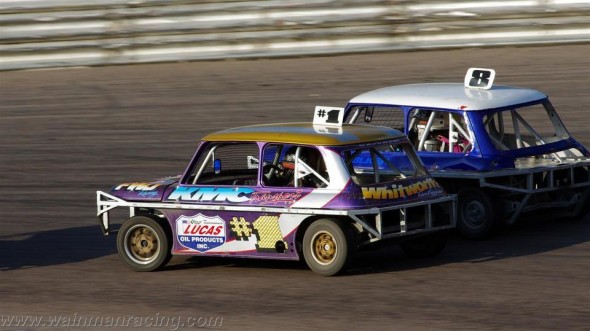 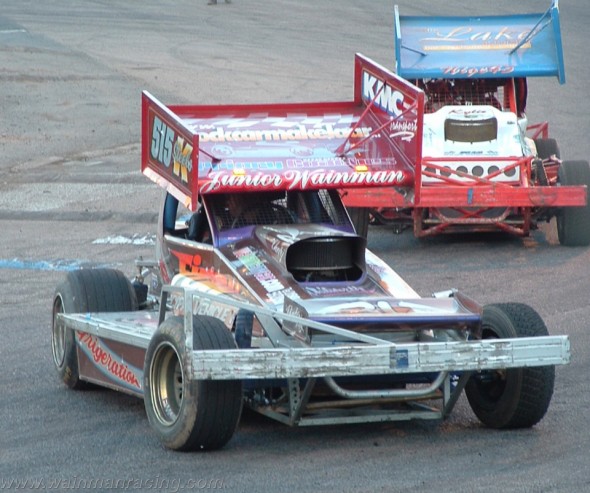 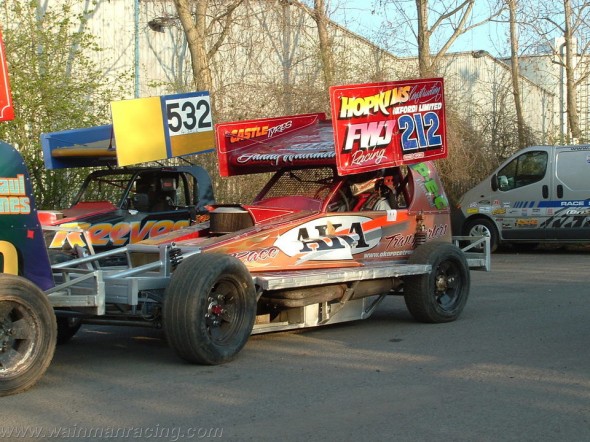 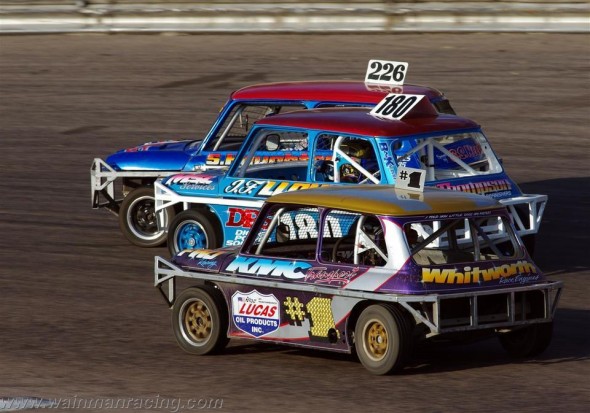 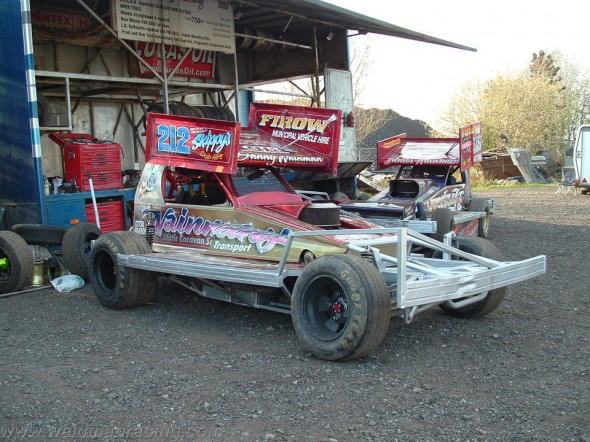 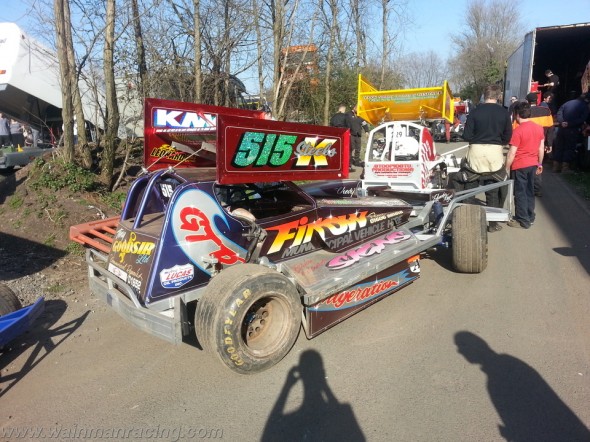 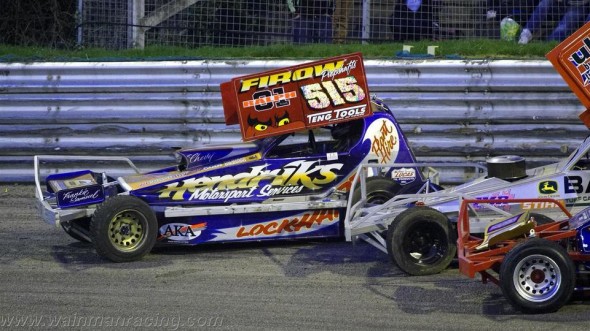 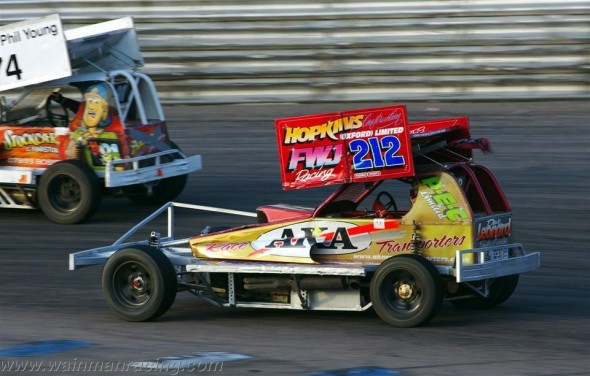 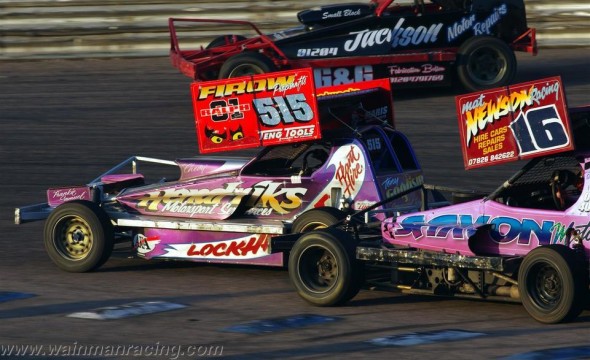 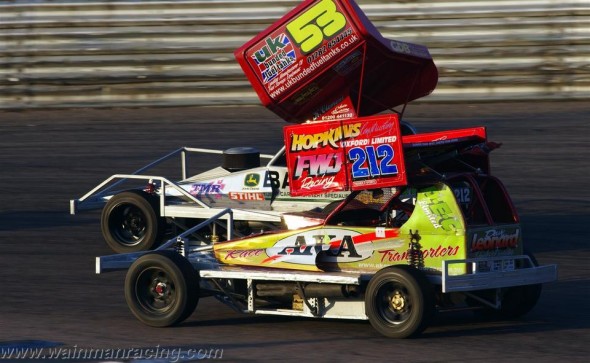 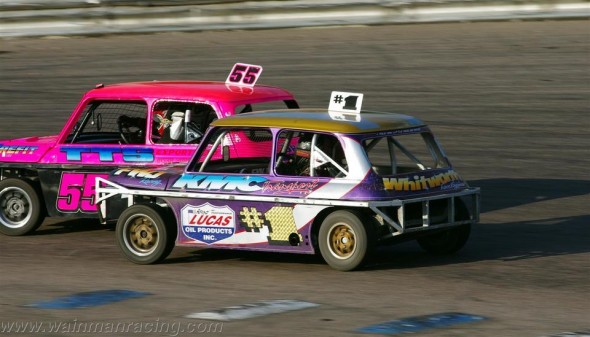