We left home on Thursday evening at 9.30pm to make our 6 hour journey to Dover. We fuelled the truck in Keighley ready for our big journey. All went well and we managed not to miss this ferry which set off from Dover to Calais at 4.00am. The crossing was smooth and after a short sleep it was time for me and the gang to head down to bottom deck and board our truck. 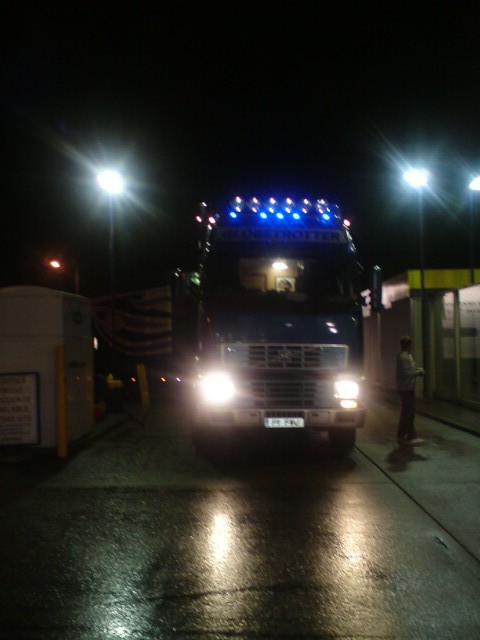 It was 6.00am when we left the docks for our 5½ drive to Venray. Thornie drove from Calais to Venray so I managed to get some sleep, waking up when about half hour away. We hadn’t stopped at this particular place before so had a little bit of trouble finding it. Anyway, we soon found it and after a lot of manoeuvring managed to park our 61ft long truck in a tight carpark. 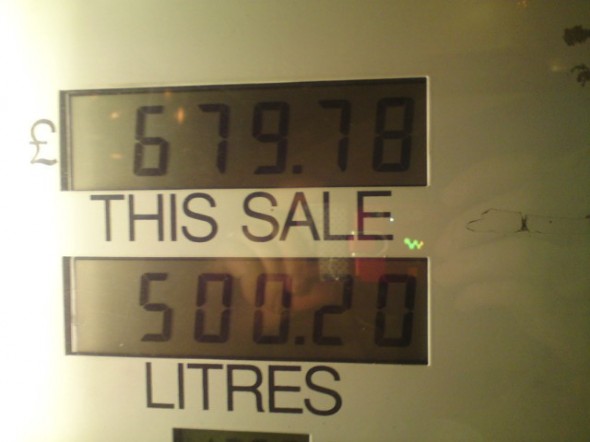 Fuel cost to get to Venray (we needed more to get back home afterwards!)

So Friday afternoon / evening we make the most of the accommodations pool and restaurants by going swimming, followed by an evening meal. Not too much of a late night as we have an early start tomorrow morning. The practice at Venray starts at 10am so we arrange to leave at 8am. I’ve got a feeling it’s going to be a long day.

During practice the car felt mint and so did Danny’s. Out of all the overseas drivers, Danny and I were the quickest so this meant tomorrow Dan would start row 3 inside and I would be on row 3 outside.

After practice and qualifying we had 2 heats. In Heat 1 I got a seventh place. Heat 2 and my gear box went, but I managed to borrow one off Dutch driver H19 Gerrit Zwerver for the final. In the final I was going pretty well and got up to sixth place but with 5 laps to go my cab filled up with smoke so I pulled off. In the pits we discovered that the breather on the top of the gearbox had gone, which caused the smoke.

Danny was in heats 2 and 3, and mangaged a 7th and a 10th. In the final he was up caught up in a pile up and ended up a lap down, but said his car felt really good and was ready to use the bumper in the World Cup.

Sunday, and the World Cup was our first race. All drivers went round for a parade lap and the crowd was huge. Dan and I got a good reception from the spectators.

All went well on the rolling lap then we were off! Knew the first corner was going to be a bit wild so prepared myself for a big one! And it came… still, I managed to get away and got into third spot.

Dutch Driver 399 Jesse de Bruin was catching and although he could have easily passed me and got himself a third place, he decided take us both out by turning right on me and followed me into the armco! Seems he wasn’t that bothered about finishing or getting a place? More money than sense perhaps?

Meanwhile Danny was driving really well and had worked his way into third place. Things were looking okay for Team Wainman until Dan broke a brake caliper and pulled off. Not the results we wished for but that’s how it is.

It’s soon time to go out for the 2nd race. It’s a hard race; Castell is so quick and I’ve got no chance of catching him. Still, I get third so that’s not bad. Danny wasn’t far behind and got fifth.

In the final 22 Louw Wobbes decided to test the fence using me as a bullet. It did not do my neck too much good, but I rode the wall and came off in front of him where I stayed for a couple of laps until my right rear tyre blew out due to the contact with the wall.

Danny drove a superb race and managed a well deserved rostrum third place. He was the highest point scorer on Sunday and more impressively had no damage and a little bit of prize money .

Danny has asked me to say a big thankyou to Dad and Mike and the rest of the team for all the help over there, and to Alison and Laura for cheering him on . 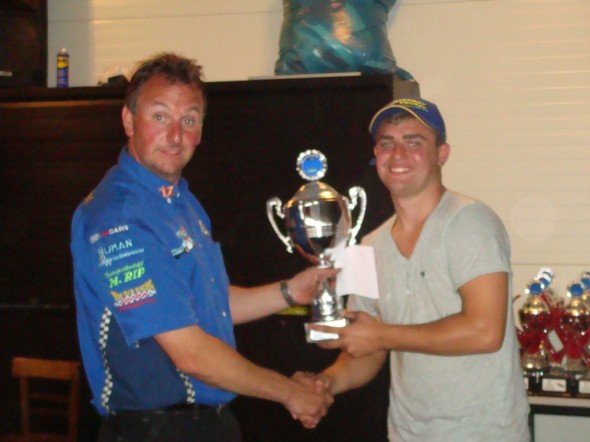 Monday morning and it’s time to leave for home. My neck isn’t good so Thornie drives the first half of the journey from Venray to Calais. We leave at 8am and arrive at the docks at 12.30 in time for our ferry at 1.30pm. 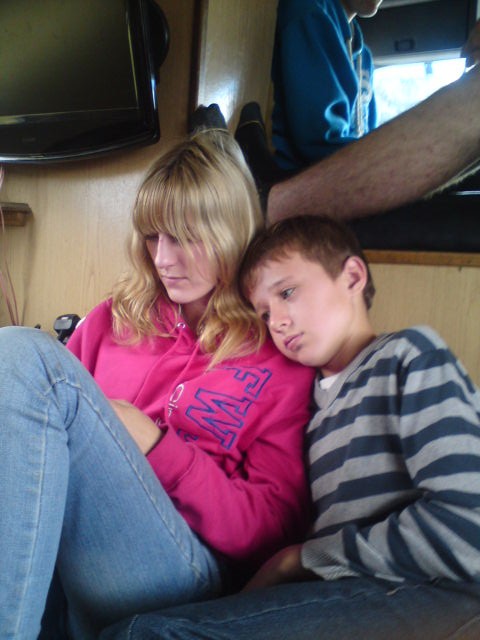 It's a long way home

We have a smooth crossing and 1½ hours later arrive at Dover, ready for our 6 hour drive back to Silsden. It’s my turn to jump in the driver’s seat. We hadn’t got far and the M20 had come to a complete standstill. Great! So 2 hours pass and we’ve moved about 2 miles when the traffic starts to pick up. Not sure what caused the delay but there’s a car in hard shoulder with a small bump.

So onwards and upwards our journey up North continues without a hitch. We drop a few people off on the way and arrive back in Silsden at 10.30.

The team had a get together after the racing:- 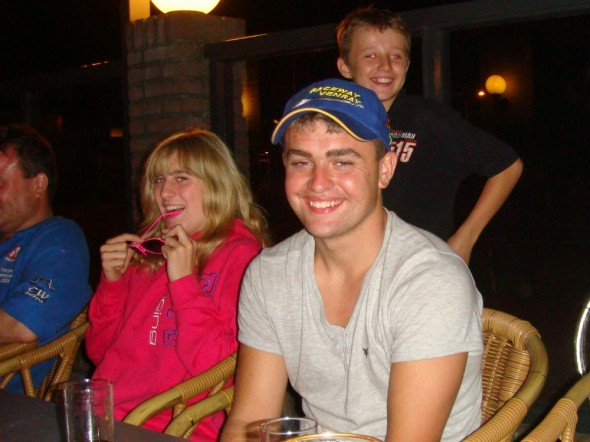 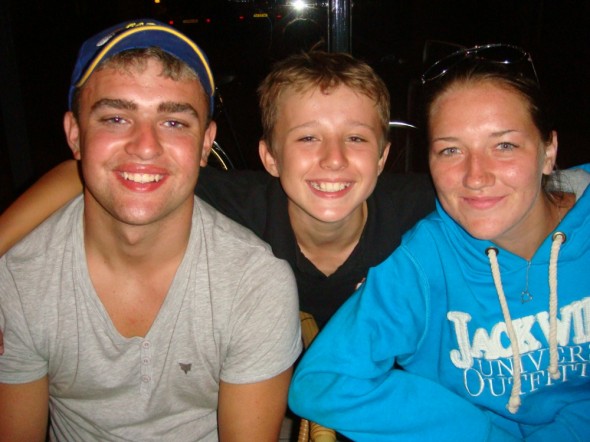 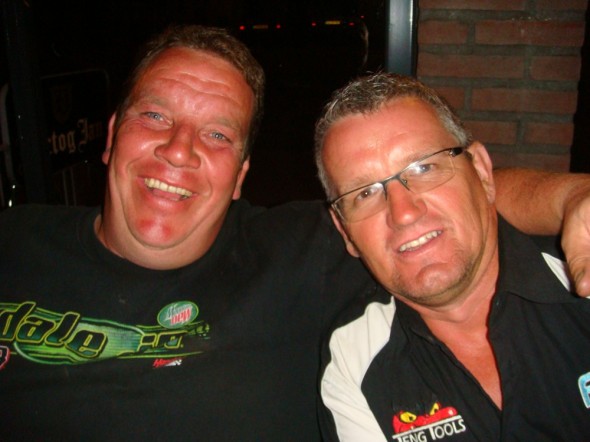 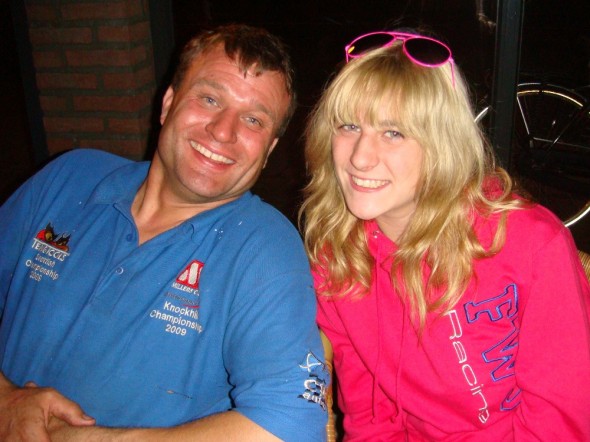 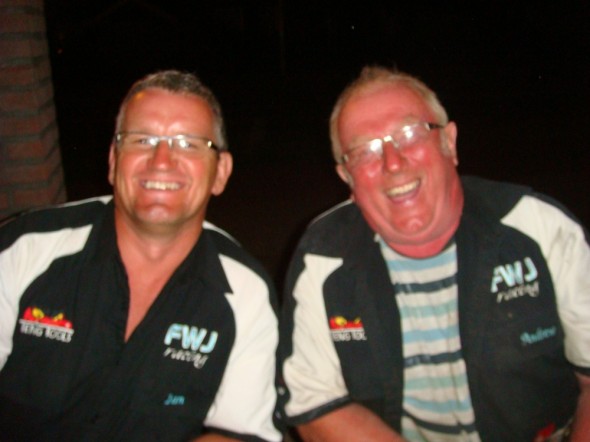