So me and Sam were on truck driving duty. We left Birmingham, stopped for a quick bite and made our way to Northampton arriving at 12.45am. Managed to get a decent sleep and was treated to a rare sleep in, not getting up until 10am to the sound of the gates opening.

The kettle’s on and me and the lads get ready to work on Danny’s car which I’m racing today. Last night in the final Dan suffered some roll cage damage, so with welder in hand I set about some repairs. 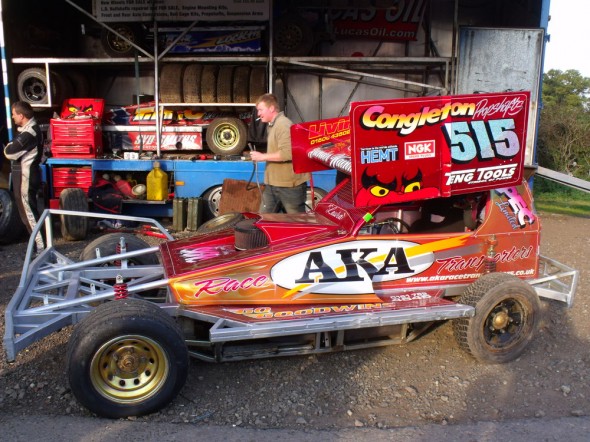 In practice, the steering feels odd and the car is pushing on big time. Back in the pits we fix the loose steering column, and balance and reset the back brakes. Manage to get out for a few more practice laps and it feels much better. 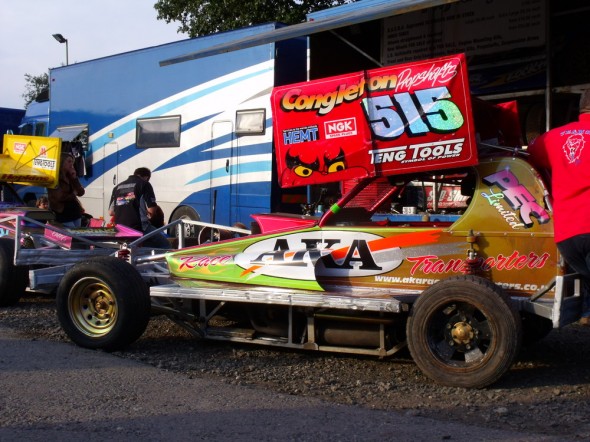 Big thanks to my little brother! (Photo: Michael Jenkins) 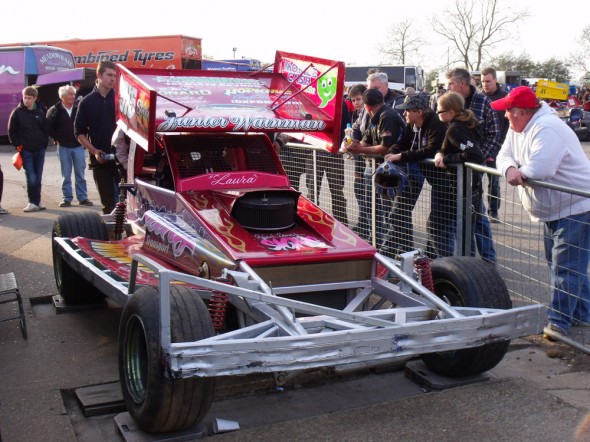 On the scales. (Photo: Michael Jenkins)

I’m out for my first heat, Dan’s car feels really good and quick! I get up into second place but there’s not enough laps left for me to catch Dave Hopkins, who hasn’t lost his touch in the 447 car, so second place it is. 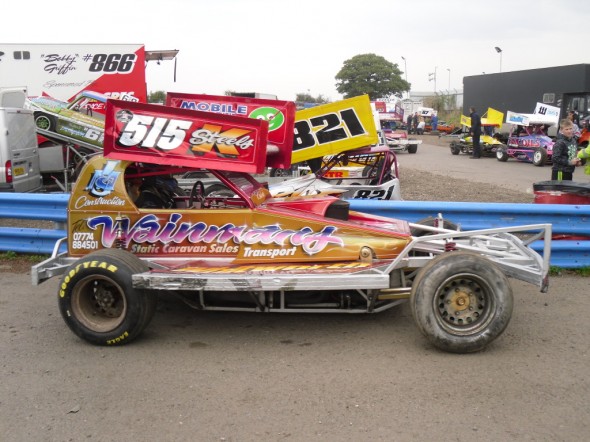 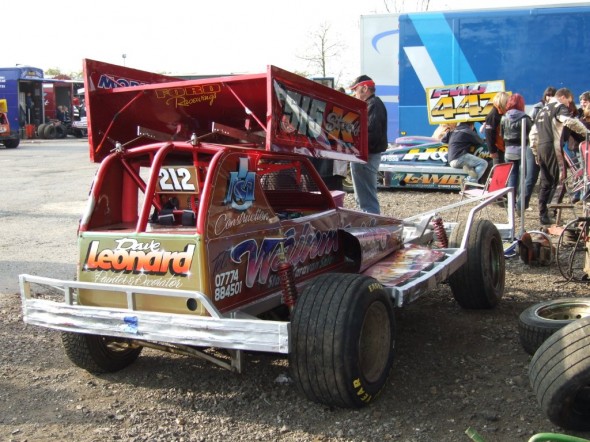 For the final and with big thanks to friends and sponsors I’m able to use a new back outside tyre. The race starts and me and Tom Harris get a hard hit from Dan Johnson on the first bend. I manage to keep Dan’s rocket in control and return the favour going into the pits bend. Dan ended up wiping 3 other shootout drivers out who seemed to be already mid battle, so although it wasn’t an intentional outcome it did work in my favour! 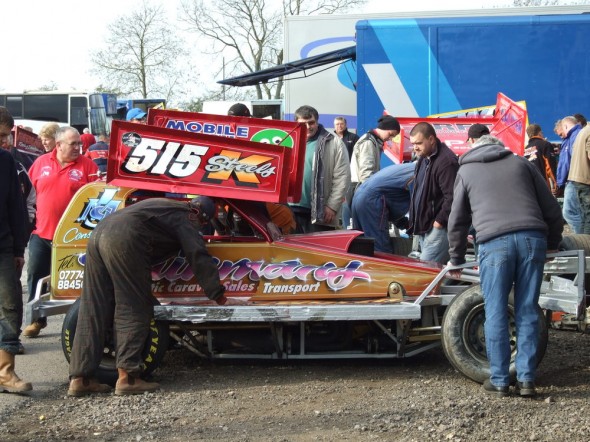 All hands to the deck to get the car ready (Photo: Ged Endersby)

It’s a complete restart. I get off to a reasonable start, and make my way towards the front the best I can. Two more restarts follow, it’s a rough race. On the last start I’m behind Mick Sworder. He gets off to a flyer and I follow. Although he’s not pulling away from me, I’m not gaining either, and finish behind him in second place.

On the start line were told that Mick has been docked for jumping the start? He’s confused along with myself as this certainly wasn’t the case when I was behind him. Then it was explained that Mick had supposedly jumped the start earlier in the race. I don’t particularly like winning races this way but the boot has been on the other foot during my racing years. So I’m awarded with the win. 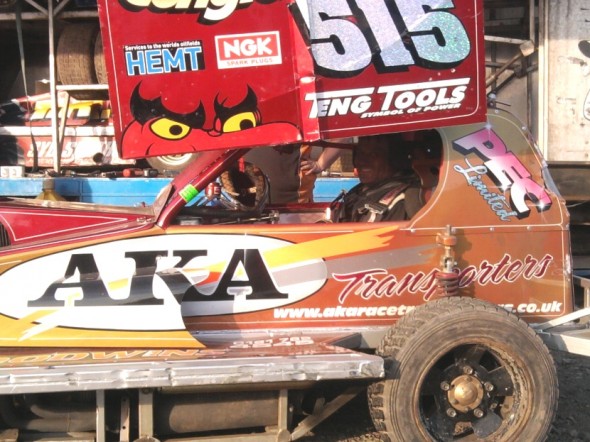 The car passes the weigh in and the team get the car ready for the National. They take off the tyre I used for the Final and put the heat one back on, or so they thought! I start a lap handicap and the car felt pants! Still, I persevered. No waved yellows in this race, which worked to my disadvantage, but to be honest, even if there was, I still don’t think I’d have managed a top ten. Finished in 18th place!

So a better meeting than my last! Leading the points again, but for how long? Who knows!

Massive thanks to Daniel, Dad, and Alison for letting me use Dan’s car. Also to the team who worked so hard, and to of course my friends & sponsors who kindly paid for a new tyre! Cheers!