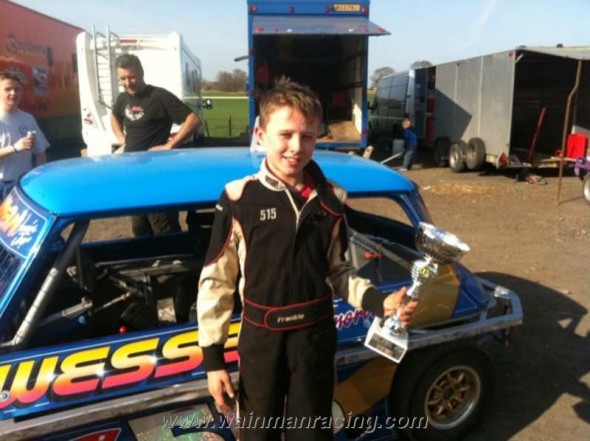 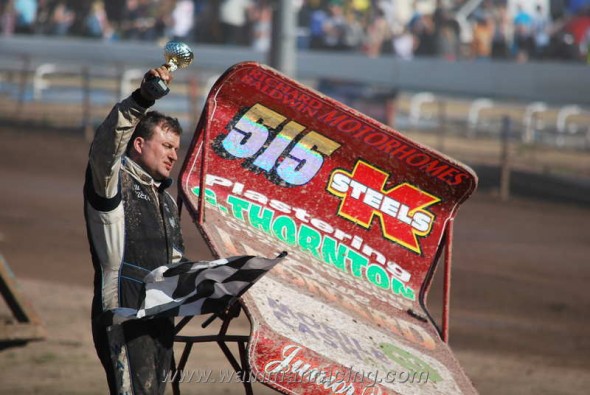 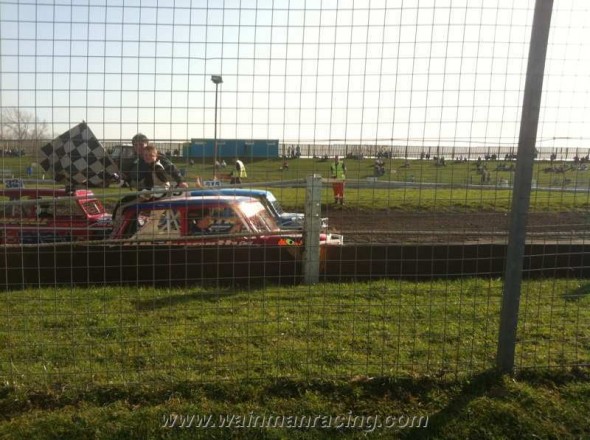 Frankie after winning his final with James Riggal 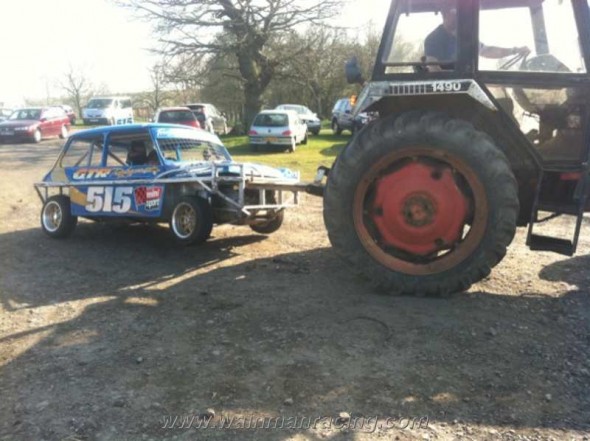 Towed off with a clutch problem

Despite forgetting to put the clocks forward on saturday evening, both parties leave the farm on time for seperate destinations. Sam takes JJ to Barford, and Phoebe and I go to Belle Vue.

Frankie JJ’s heat is on before mine. I soon recieve a text from Sam telling me that Frankie has finished in second place, going over the line neck and neck with Amy Webster. A great start!

My turn now, and I’m hoping that the car will run okay due to the fact me and Thornie only unloaded it from last year on Friday night! Only had chance to give it a quick once over! It didn’t let me down, felt good and good enough to win the first F1 race of the year.

Soon after my heat I hear from Sam with some more good news! Frankie is going extremely well and with 4 laps to go he caught and passed front runner Amy Webster 226 to take the win!

My second heat is out, car feels good, track conditions are good, winning my second heat feels good! As I’m having a quick interview, Danny tells me that Frankie JJ has just won his first
Final! Feel absolutely wrapped, but also disappointed that I wasn’t there to see it.

The F1 final is out now. I get off to a reasonable start, but get spun by 4 & 55. Plod on to finish seventh place.

Frankie JJ is on the phone to me. He doesn’t know whether to take the lap handicap? I tell him to go for it. That’s until I find out there are no double points to be had when it’s a qualifier,
so we decide there’s no point. So he starts from blue and gets the ‘hat Trick’ Heat, Final & National! What a day he’s had!

The last F1 race is on, the Dash For Cash! Once again the car felt mint! I catch 4 & 55 up and follow them for a while, until I see an opportunity to get up to fourth place and do what’s needed! 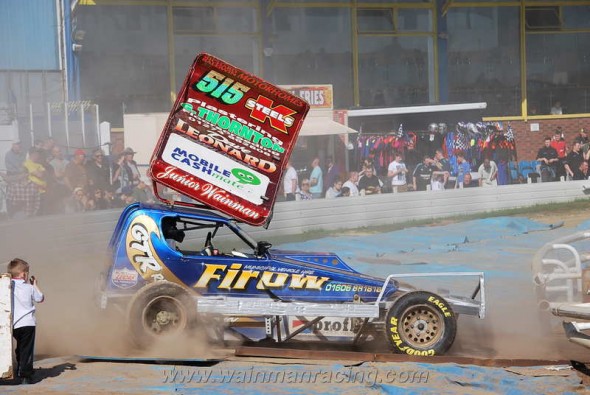 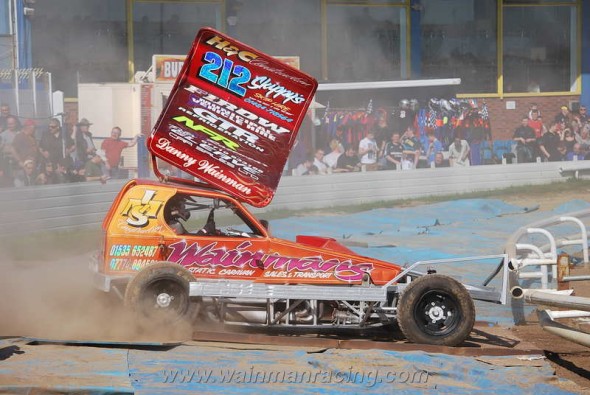