On Saturday I spend all morning putting Frankie JJ’s mini engine back together. After he blew it up at Skegness (we had borrowed an engine off Johnny Aldridge which allowed Frankie to keep racing). Thankfully Danny Clifford is here to help, there’s not much Dan doesn’t know when it comes to engines so he really helpful to have around. Mechanic Norm has come down from York to make a start repairing my tar car, so there’s plenty to get on with.

Sunday morning and we leave for Barford which takes us about 1½ hours to get there, no problems on route and we arrive at 11.45. There’s practice on at 1.00pm and the meeting starts at 1.30. This gives the Mini-stox kids a short amount of time to catch up with each other, or in Frankie’s and Spencer Roper’s case, chase each other around the farm buildings. 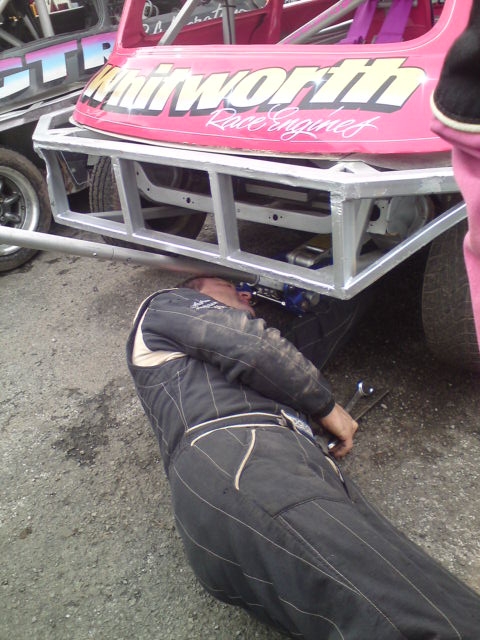 Practice goes well, Frankie JJ is flying! A couple of people ask me what he’s had for breakfast! Phoebe looks good too but back in the pits I alter her suspension setup. She’s out again and looks a bit quicker, Frankie looks like he’s really enjoying himself and seems to get faster with every lap.

So it’s time for Heat 1. The start is okay, straight away Frankie looks quick and gets up into second place, but Phoebe is hot on his tail and the pair of them have a really good race. Mad Max, who is mega quick, passes them both and is soon leading the way.

Phoebe manages to get past Frankie but he’s not letting her get away! For the last 2 laps they are bumper to bumper and on the last corner Frankie gives his sister a tap and goes up on the inside of her to finish in second. Phoebe keeps her car under control and finishes behind her brother in third place. A terrific start! Both children on the podium, Phoebe drives Max and Frankie round for their lap of honour. 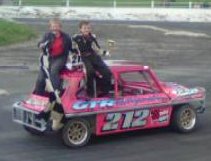 There’s no damage to either cars so we just refuel and wait until we get the shout before we go out for the second heat. It’s not long before the minis are back on the track. Another good start from Frankie and Phoebe, she catches her brother up and things are looking good until novice Spencer Roper (3) comes off the wall in front of Phoebe and she collects him. She manages to come down the straight but as she goes to turn the car goes straight on and she hits the wall. So that was her race over, Frankie is still going brilliant and is in third place where he finishes. 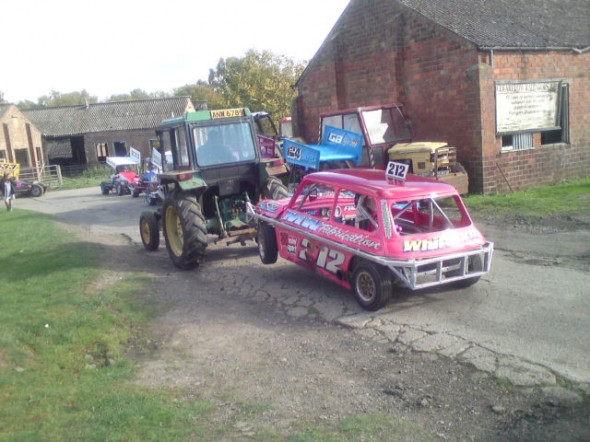 Phoebe towed off by her dad in a borrowed tractor.

It looks like there could be a few repairs to do on Phoebe’s car so I jump into the spare tractor and tow her off back to the pits. Having driven a few tractors since I was knee high I thought I would be able to handle this beast just as easy as any others. But ended up entertaining the crowd by dropping Phoebe’s car off the back and struggling to get any gears! I managed to get going in the end and towed her back without any further problems. 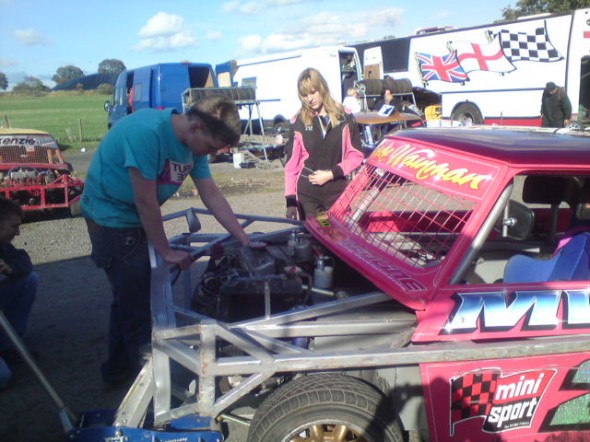 Plenty of work to do

Phoebe’s collision resulted with her front steering arm being broken. Not too bad and fairly easy to fix ready for the final.

Out they go and once again all is going well, Phoebe’s going well and is followed closely by Frankie. It’s 777 Mad Max’s day, as he soon makes his way into first position and looks untouchable! Frankie is back on his sister’s bumper and is not letting her get away. She finishes just in front of him in third with Frankie fourth.

Just one more race to go. Frankie JJ is in the truck working out how many points he has scored and where he needs to finish if he’s to get the ‘Best Blue Top’ trophy. Max has decided to take a lap handicap, so without any waved yellows this could give a different driver a chance of a win today.

The race starts well, there’s no problems, and once again Phoebe and Frankie are both behind one another and having a good race. James Rigall has taken the lead and pulled some ground. There’s no waved yellows and Phoebe finishes fourth and Frankie fifth.

So a fabulous day! Four podiums finishes in total, really chuffed how well the kids drove, the cars are in one piece, everyone’s happy!

Thanks to all who helped out.

We also had a couple of test drivers with us today:- 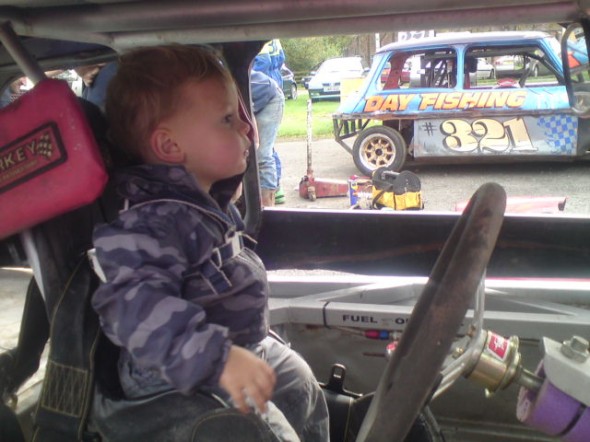 Wez and Vicki's son Mason loves to pretend to be a top driver! One day he will be. 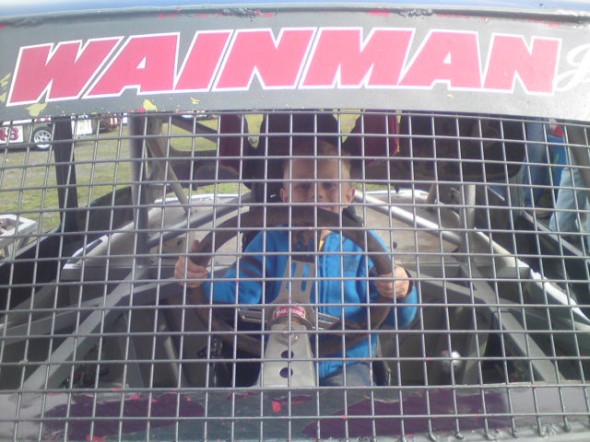