The first round of the Shootout has arrived! Guess I have to prepare myself for some aches and pains over the next 10 weeks!

Phoebe and Frankie are racing tonight too, it seems a long time since we were here last. We leave home earlier than usual so we can try and get a decent parking place and hopefully not get any of our gear stolen.

There’s time for a short practice so the minis have a few laps. The track is a bit damp and corners greasy, still Phoebe and Frankie seem to do okay. Shortly after they line up for their first heat. Frankie struggles at the start but Phoebe’s away! My niece Camey Dorrell 262 is also off to a flyer! 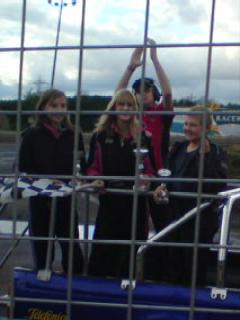 Camey is leading and going well, but with 3 laps to go she loses a bit of time in the corners which allows Phoebe who’s in second spot to catch and pass. Phoebe takes the chequered followed closely by Camey in second and Mad Max in third. Frankie manages 12th place and is not happy with this result at all! But a great start for Phoebe and Camey – lovely to see Camey with her first rostrum finish.

I’ve got no time to give the top 3 a round of applause as I’m out next. Here goes! The first of many vicious races! The car feels mint and I’m off to a good start. The waved yellows are out which in this case worked to my advantage. I line up against Danny and on the re-start Danny missed the start, I gave him a bump and go past. One lap to go and I’m catching Will Yarrow 22. It’s a bit of a long shot, but not having seen a chequered flag in a while I take my chances. It comes off and I win. Will recovered for third and Danny managed 7th place.

As I’m going round for the lap of honour the minis are driving onto the track for their second heat. Phoebe pulls up alongside the pace car and gives me a ‘well done rev’ before lining up. Norm takes my car to the scales so I can stop and watch the kids in their second heat.

Once again Phoebe is flying and soon makes her way into first place. Frankie JJ is going much better in this race too and having a good race with a couple of red top drivers. Sam Roper 333 is catching Phoebe and passes but she’s not going without a fight! The pair of them seem to be on the same pace and are very close. Phoebe follows Sam and he’s not getting away, meanwhile another Roper is reeling them in – Simon 33 is catching! On the last corner any 3 of them could have won but Phoebe just manages to come through to take her second victory of the night. Frankie JJ feels happier after finishing in 7th position. 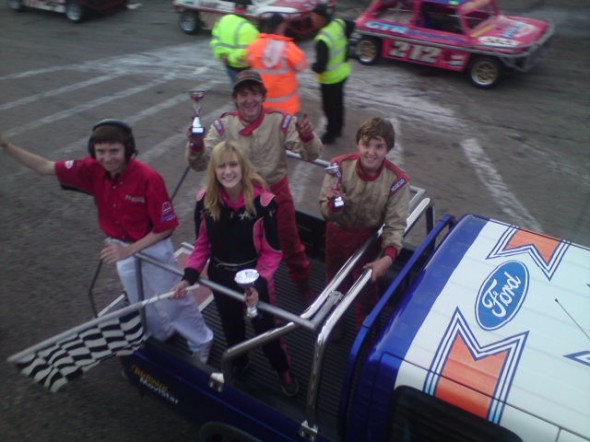 Phoebe on the lap of honour 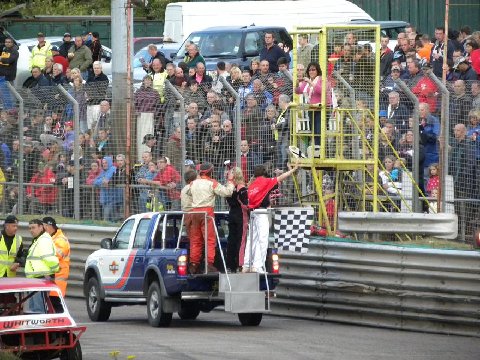 Note Sam on the starter's rostrum, taking the pic above! (Photo: Martin Fitzgerald)

My second heat is next and the racing is fast and hard. I keep going the best I can and finish in 6th place. When I come off the track Norm and Thornie ask me why I slowed down on the last lap? I didn’t think I had. What a tool! I had thought the race had finished the lap before, still, I only lost one place. Daniel had a good race and finished in second place.

It’s time for the kids final so I rush back to the track so as not to miss the start. Another good start for Phoebe, she leaves Frankie JJ behind to battle with Austen Moore 127. Matthew Venables 60 is off the front of the whites and is driving really well. Phoebe has got into second place but Bradley Harrison is gaining on her. Bradley passes Phoebe but there’s no way they’re going to catch Venables. Matthew takes his first chequered flag with a superb drive followed by Bradley and Phoebe in third. Frankie struggled throughout the whole race and got 14th. 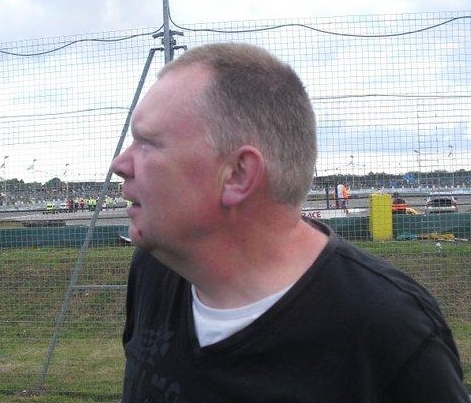 It’s time for the F1s. Once all drivers are on the track we turn off our engines for a minutes silence for our friend Adrian Roberts who recently died. I would like to thank the staff, drivers and crowd for this; it meant a lot for Adrian’s daughter Samantha, and Adrian’s friends.

From the word go all the Shootout drivers are battling away, it’s a rough race! I struggled a bit, and ideally could have done with a new tyre on really. Anyway Danny finished in fifth place and I finished not far behind in seventh.

The last race of the evening, the Grand National. I get off to a good start, I give Tom 84 a tap to pass and the next corner he returns the favour, only a lot harder! I had to retire to infield after this as my MSD plug had fallen apart. Dan is scrapping for places and manages to finish fifth. He has scored 32 points and has £200 prize money, so his plan to not get into the Shootout is working and he’s happy!

Time to go, we have got so much to do stock car and Ministox wise before Belle Vue on Monday.

Big thanks to Chris Webster (JC Stox Pics) for these superb shots. 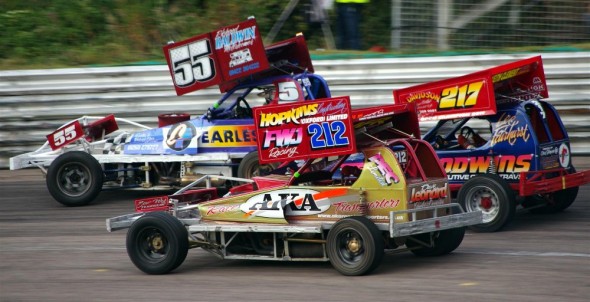 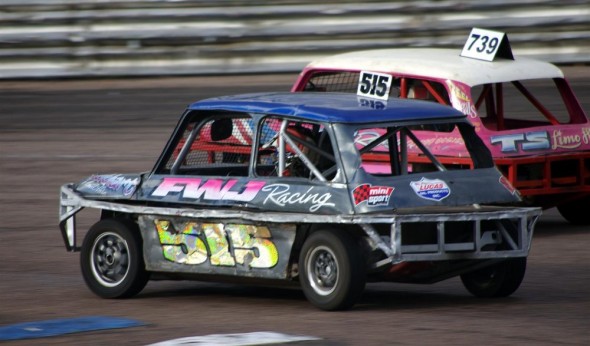 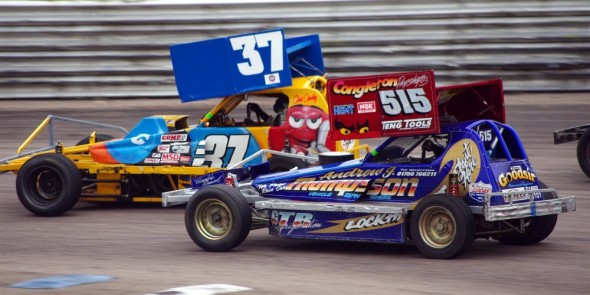 Big thanks to Mark Hipkiss for sending in these great photos. 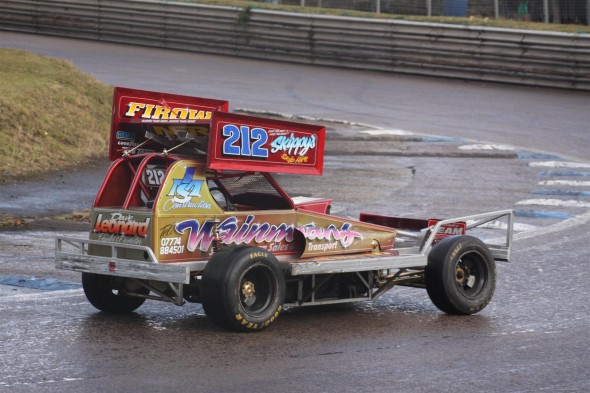 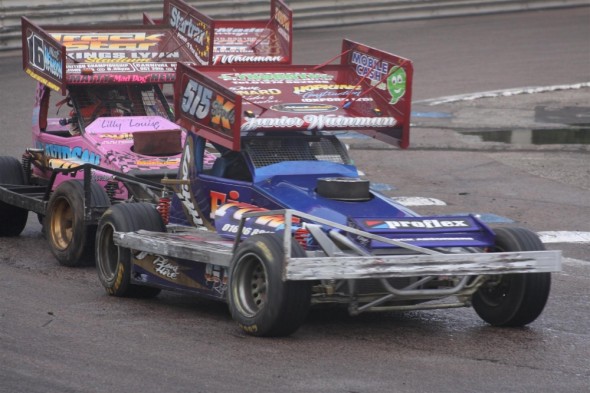 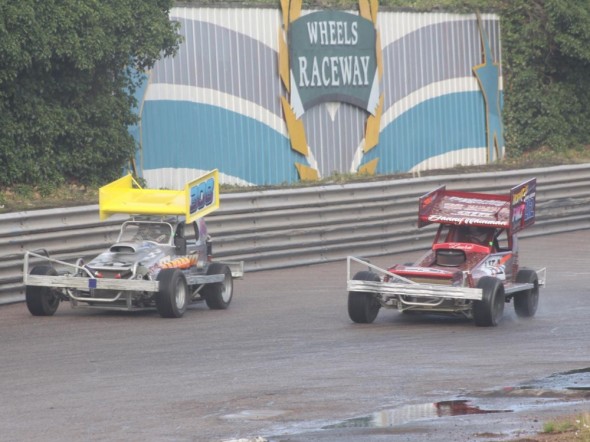 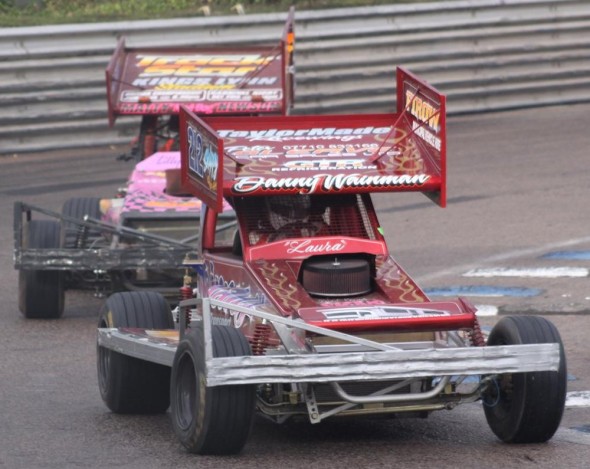 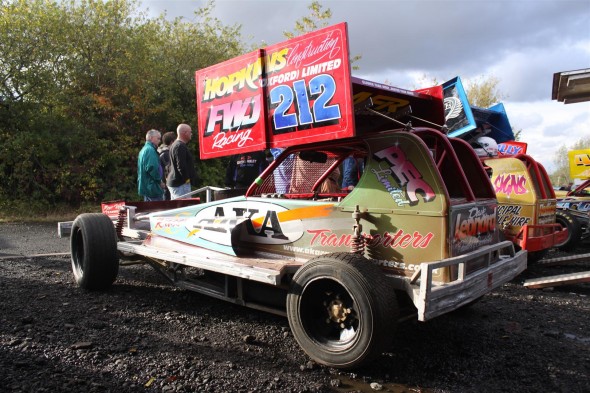 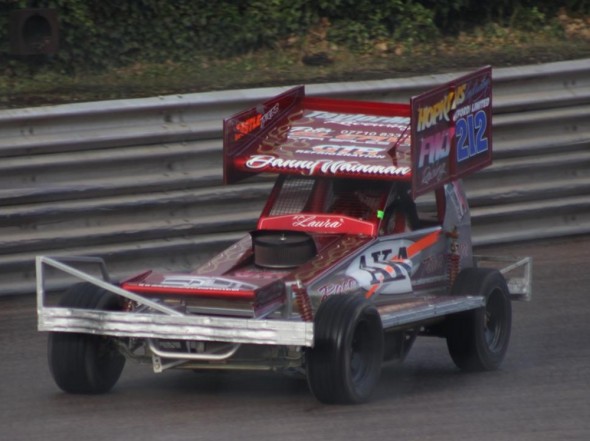 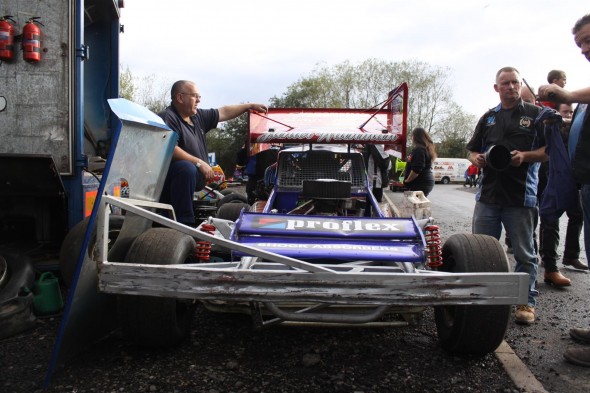 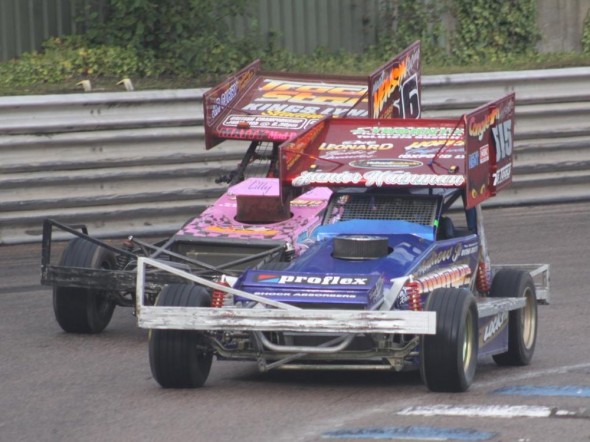 And finally, some fantastic pictures courtesy of Martin Fitzgerald. 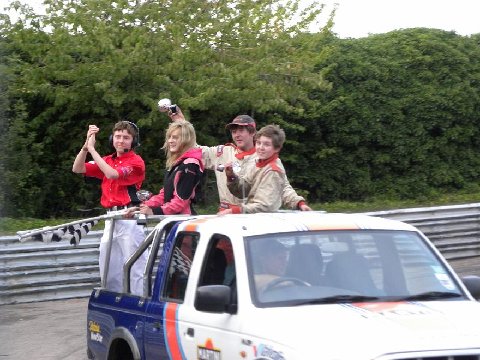 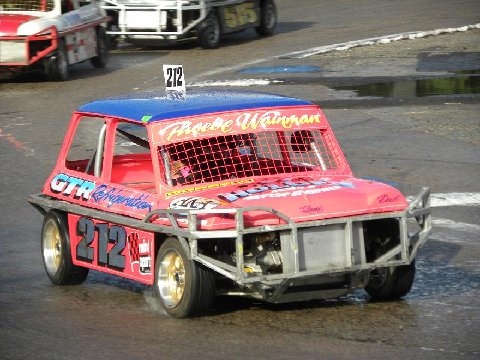 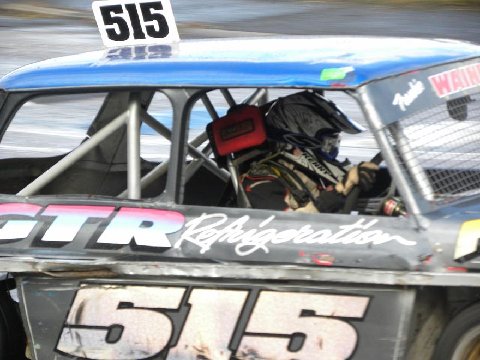 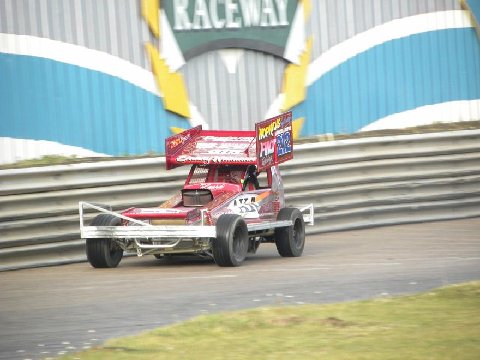 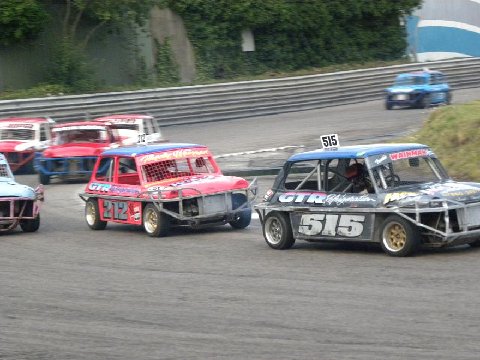