So I leave the farm just before Sam as we head off in opposite directions of the country. Shoot-Out round 9 and I’m wondering what the night is going to bring? I need to keep up with the points and not get too far behind, but I’m sure other drivers will have other designs. 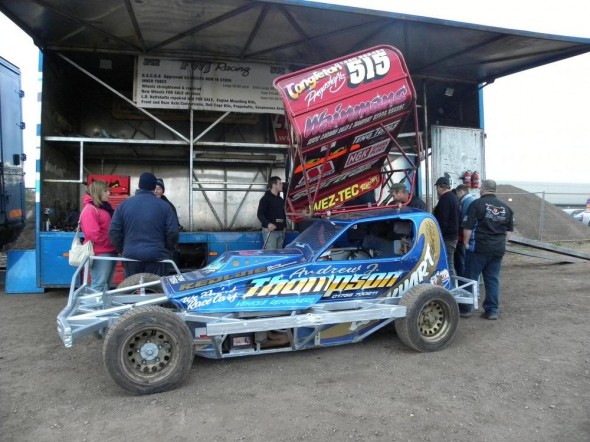 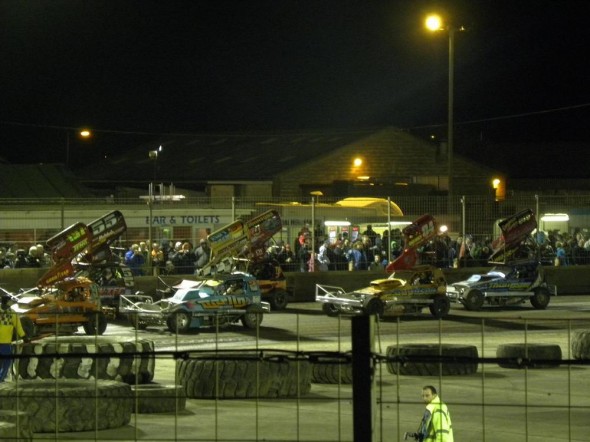 Back of the pack, heat 1 (Photo: Martin Fitzgerald) 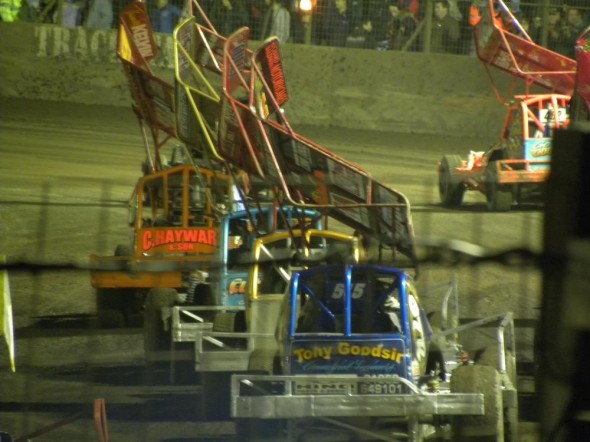 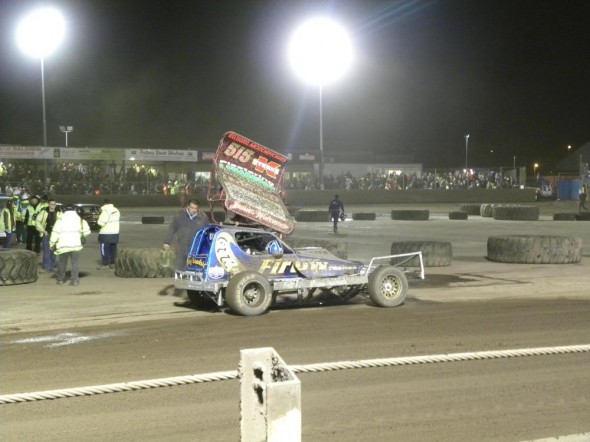 I went out for my first heat and struggled due to back brake failure. I didnt even get a top ten place, but on the plus side I spot shoot-out competitor Dan Johnson parked up on infield.

A few adjustments are made for Heat 2 and it’s much better in this one. I manage to get into second place behind Ed Neachell, who was receiving the technical infringement flag, which meant I was actually winning, and I went on to win this one.

In between races I telephone Sam at Stoke to see how Phoebe and Frankie are getting on – sounds like their not having the best of nights! 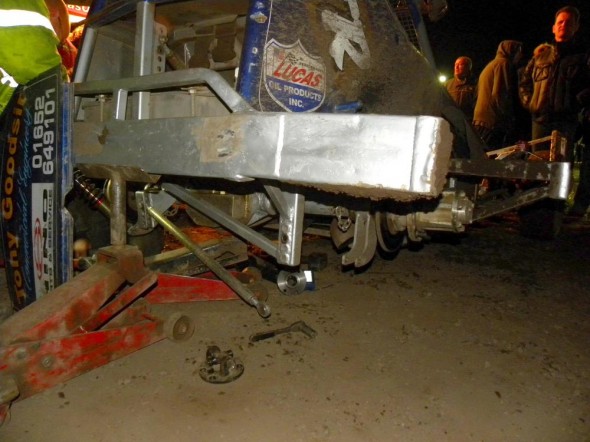 Repairs after a trip to the wall in the Final (Photo: Martin Fitzgerald) 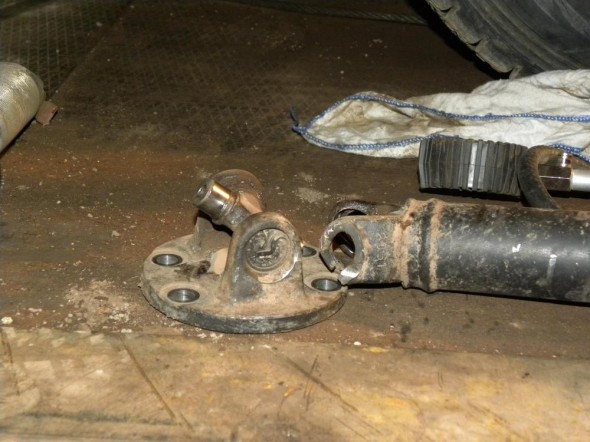 So now it’s time for my final. A good start for me and I manage to pull away from the other shoot-out drivers, but the yellow flags are out. This closed the grid back up, and on the restart Dan Johnson fires me and Mike Williamson in, but I manage to continue.

The waved yellows are out again and Tom Harris gets black flagged, something to do with his bumper? On the restart I only do one more lap before retiring due to my panhard and propshaft breaking. So no result for the final.

In the pits it’s bought to my attention that people are moaning because Tom got black flagged and I didn’t. Seeing that I had done less than 2 laps before pulling off anyway I’m sure I would have eventually been black flagged but retired from the race before the stewards saw it. 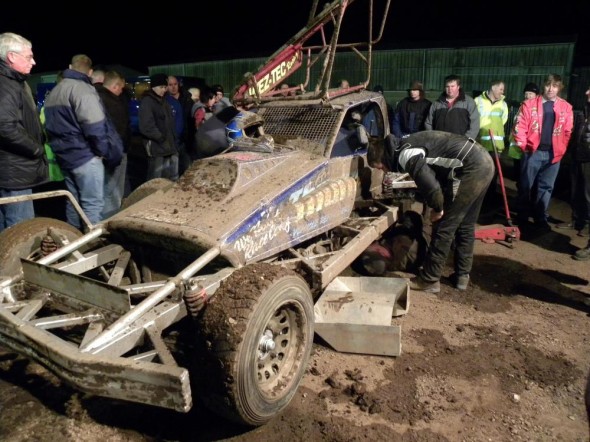 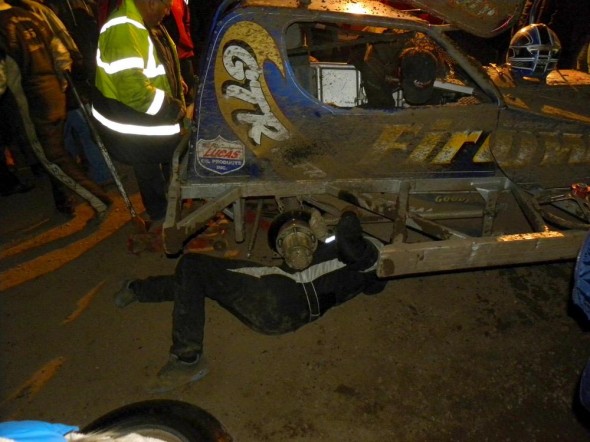 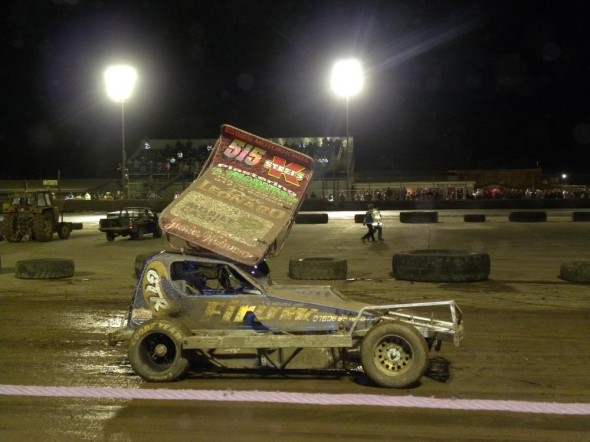 Lining up for the GN (Photo: Martin Fitzgerald)

Emotions are running high as I hear that it’s “Let’s feel sorry for Frank” year and the stewards are biased! It’s all water off a ducks back, moaning is a part of stock car life!

Anyway, the cars fixed up and I go out for the last race of the evening. Didn’t get off to the best of starts, as I got tangled up with Tom on the first lap putting us both half a lap down. But the car is feeling good, and on the last lap I see my mate Dan (4). I went for a last bend dive and hit him wide enough to nip through into fourth place!

So wouldn’t call it a fantastic night but not too bad either!

Shoot-out 10 in a fortnight… Who will win? What will happen? God only knows! But I am looking forward to the 5 way battle instead of the usual just 2.