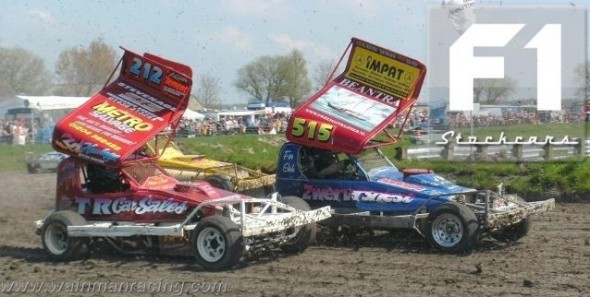 Danny and Frankie in action at Blauwhuis. (Photo: Steve Cording, courtesy of F1StockCars.com)

After a busy weekend of racing at King’s Lynn and Belle Vue, we were up bright and early on Monday morning to catch a flight to Holland. Along with Ivan Pritchard and Chris Fort, we were racing at Blauwhuis in their big Queens Day meeting, using cars provided by Gerrit Zwerver, the promoter.

It’s a big meeting – there were nine heats plus a Final, with each driver getting three heats. Frankie got the best results, with third, seventh, and fifth places. Danny got 8th, 6th, and a DNF with a flat tyre, pretty good going considering he’s never raced on a track like that before, and in a borrowed car as well.

Unfortunately there were a few delays in the meeting, which meant we missed the final as we had to get back to the airport for the flight home.

Big thanks to Jeroen Pieters for these superb photos. Check out his FOTO SNAKERIDER website. 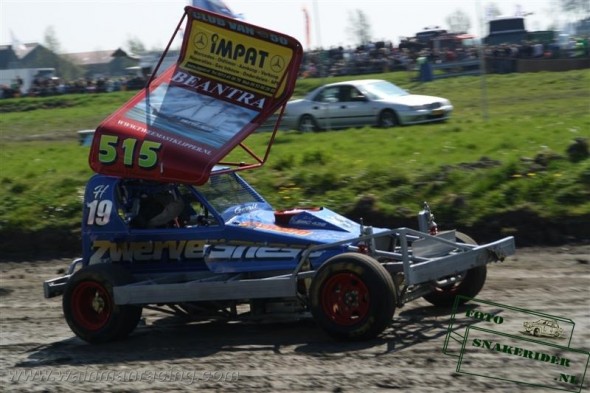 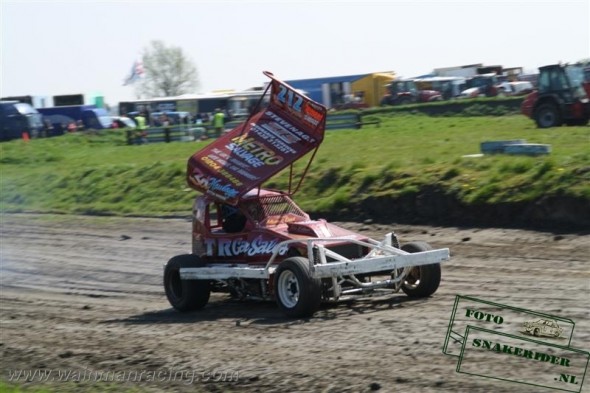 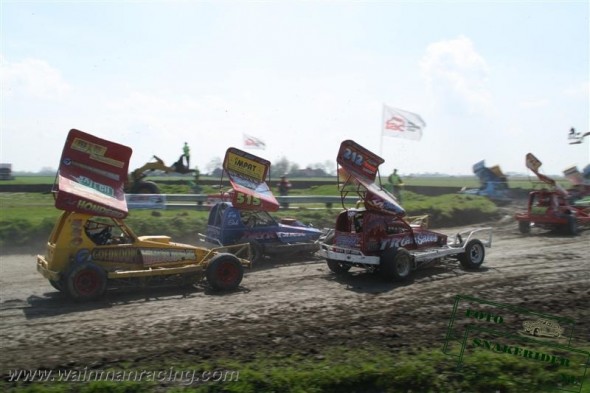 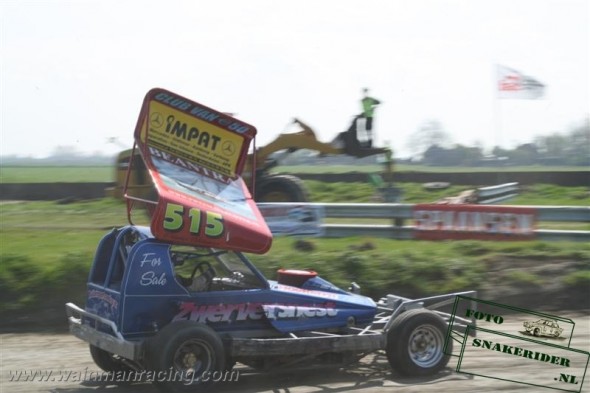 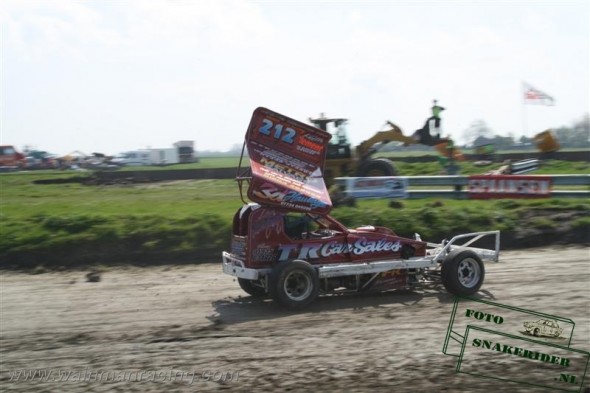 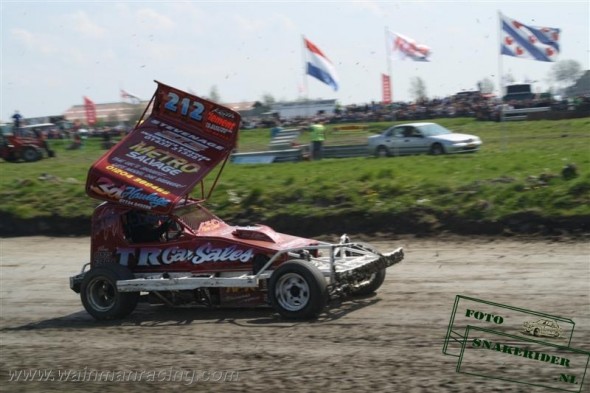 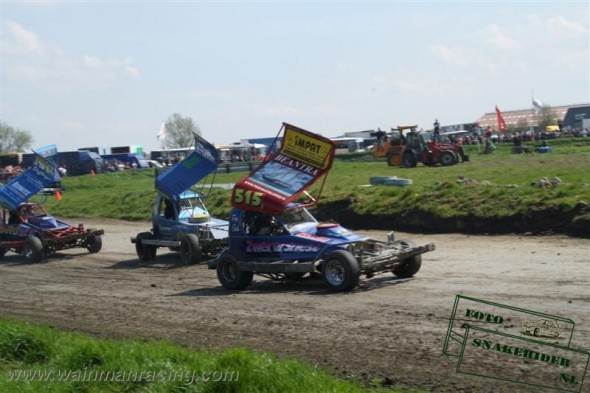 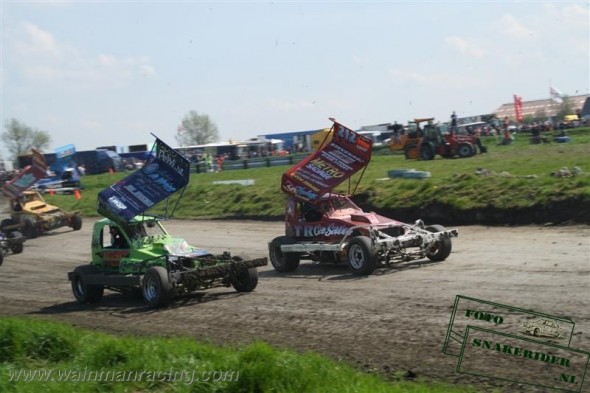 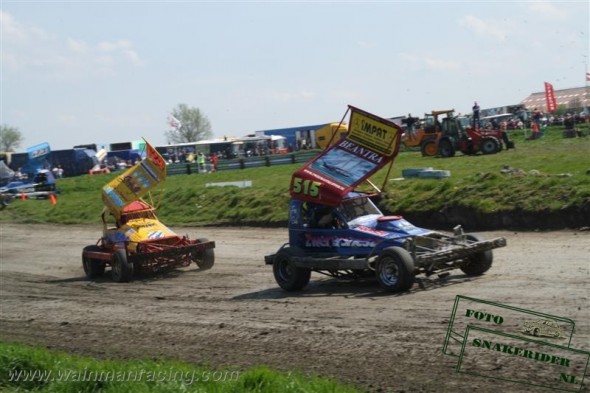 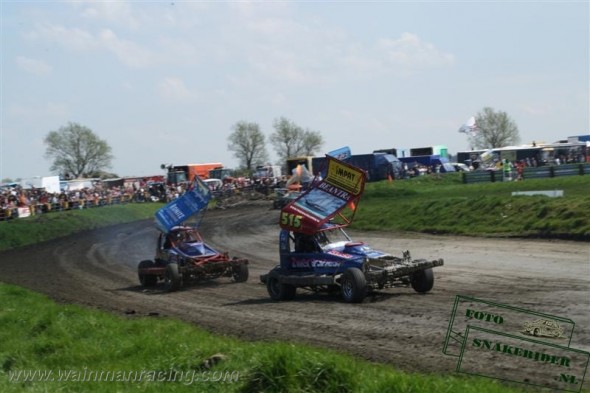 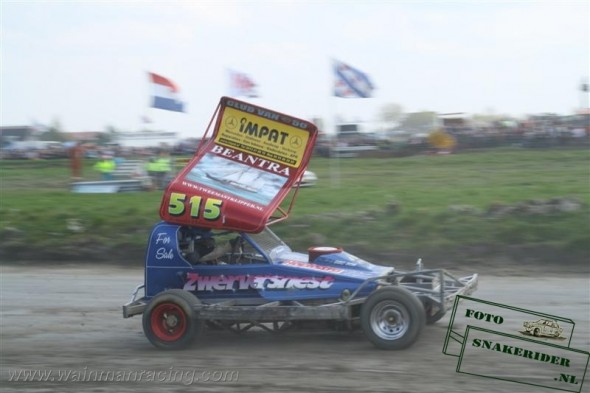 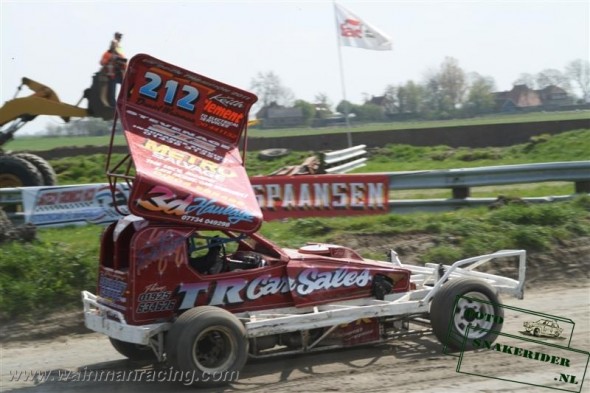 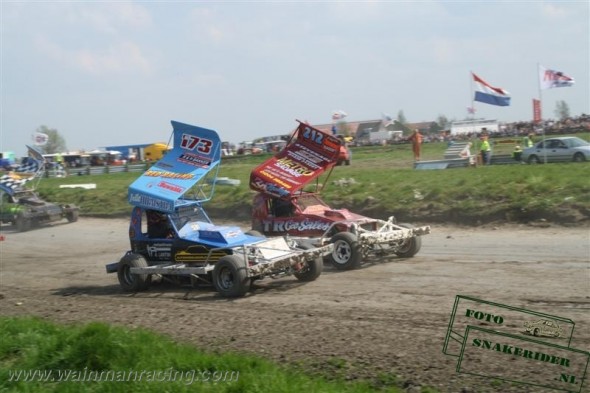 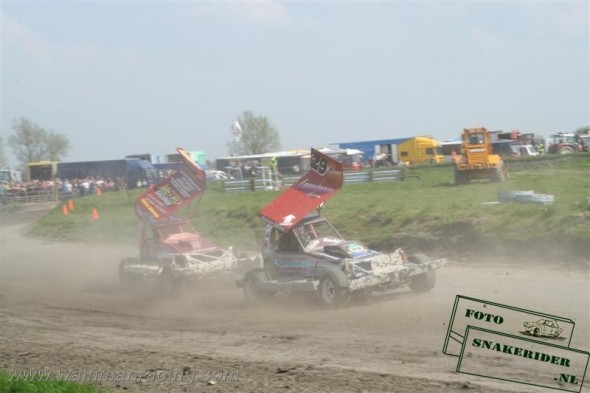 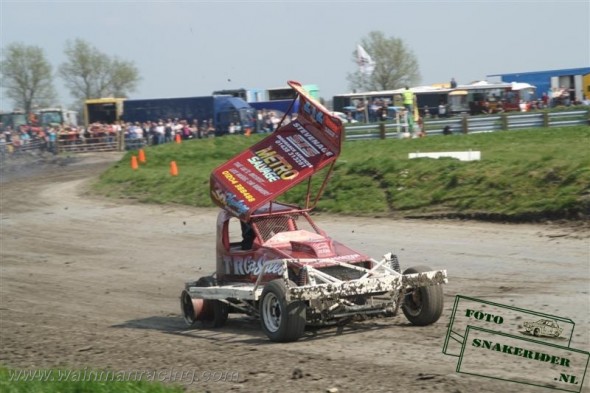 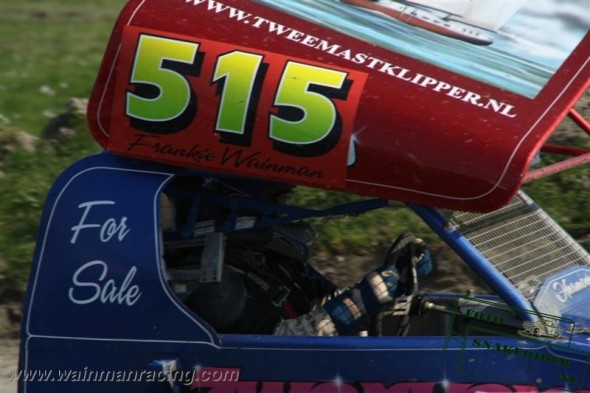 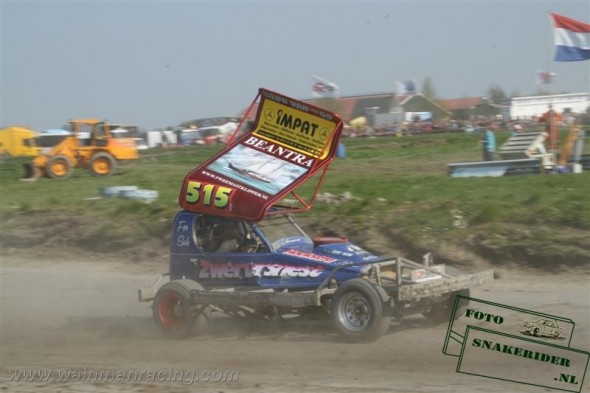 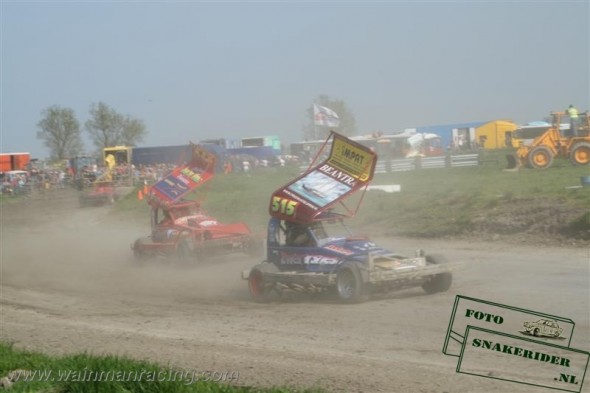 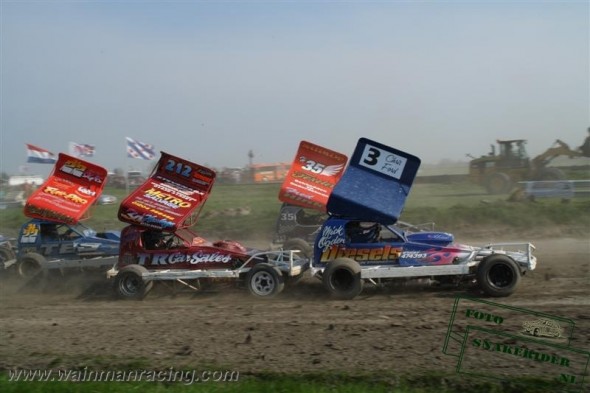