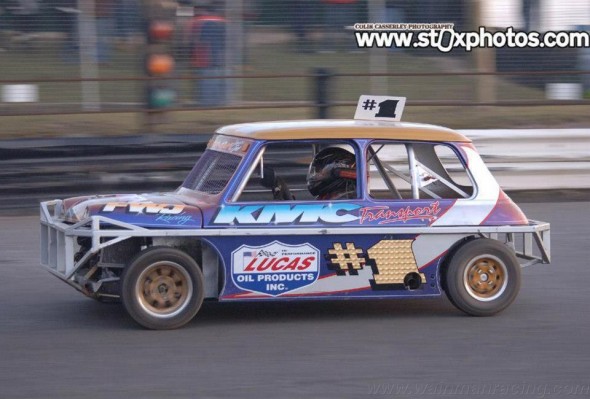 A Thursday night meeting for the minis, and we arrived just in the nick of time!

Frankie has two heats and a final tonight.

Heat 1 sees young Frank struggle a little with the lower graders, and he crosses the line in fifth place.

We adjust his wheel weights for his second heat and he seems to go a lot better, this time taking third.

The final was pretty short lived. Two laps into the race, the suspension ball joint broke which collapsed the left front wheel, sending him hard into the wall. He gives the thumbs up and all is okay.

So a fifth and a third tonight, and a bit of work to do.