We drove through the night from Coventry to Buxton, and slept in the car park. We were awoken by the sound of the Buxton gates opening. We’re first in and get a decent place to park. As usual Buxton’s weather doesn’t fail to make us grab our jerseys! 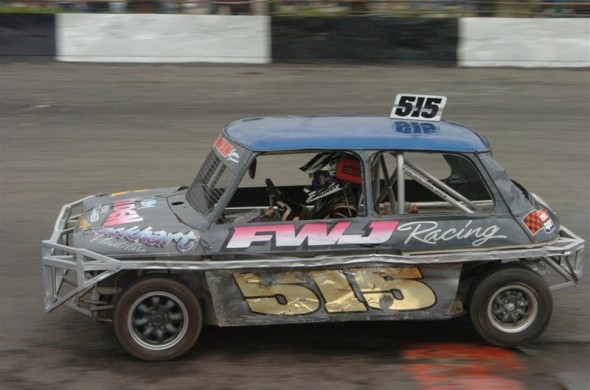 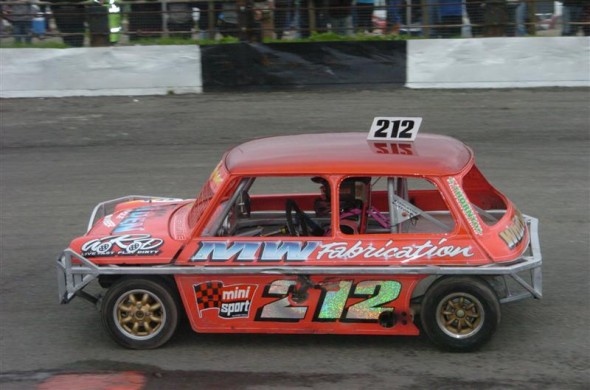 Everyone is starting to get a bit nervous now, just waiting for our chairman David to shout “Minis!”. Phoebe is pacing about and Frankie JJ is giggling nervously. We wish them a final ‘good luck’ and out they go for their parade lap. Phoebe is driven round by Jessica Smith (391), and Frankie by Ryan Fairburn (411). Frankie JJ had to hold on tight as he had the fastest parade lap ever. 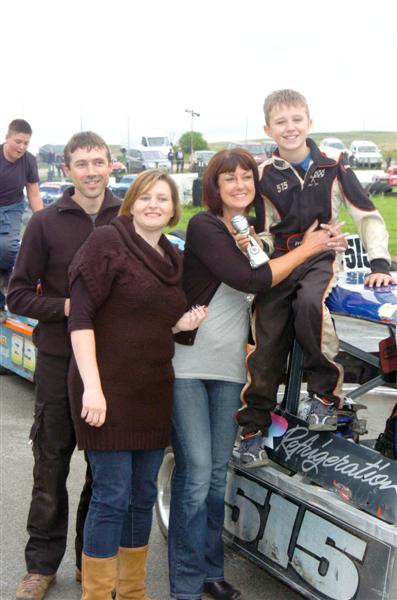 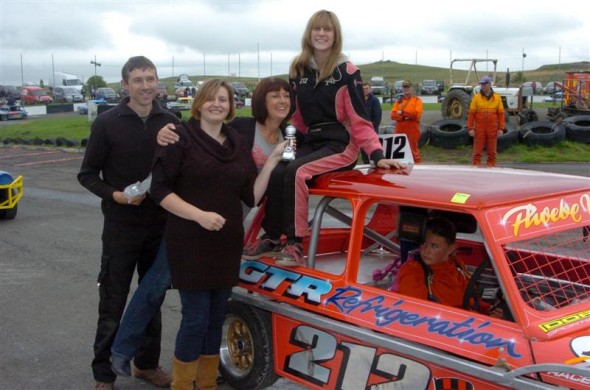 Phoebe lines up on 4th row inside. I tell her to keep the car in tight on the first corner and not to let anyone up on the inside. Frankie is off the back. The start goes really well, Phoebe did everything just right and after the first bend is in 6th place. Frankie has managed his first lap without any problems too.

Mad Max and Sam Roper are fighting for 1st place, both look fast. Then we have waved yellows, Faye Smith has spun and needs to be towed off. Frankie did really well to avoid her because it happened right in front of him. 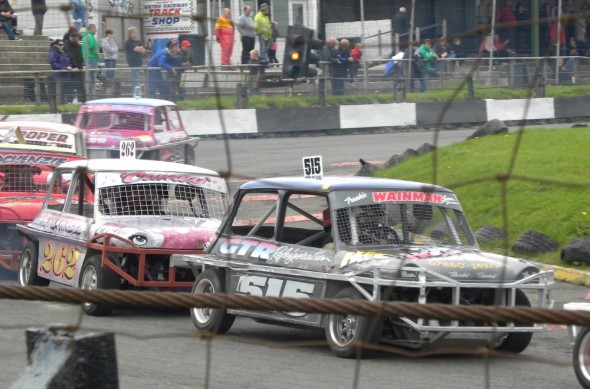 Frankie JJ near the back at waved yellows (Photo: Martin Fitzgerald)

At this stage the top 6 are:- Sam Roper -Mad Max – Hayley Williams – Sam Jacklin – Bradley Harrison and Phoebe. On the restart Max sees an opportunity to take out Sam Roper, who retires from the race. It’s really hard to watch the two of them but Frankie is still going! Phoebe starts to make up some ground; she passes Sam Jacklin 137 and Hayley 26 and is now into 4th place. Bradley is in front but she’s pulling him in, and with two laps to go passes him into 3rd place! 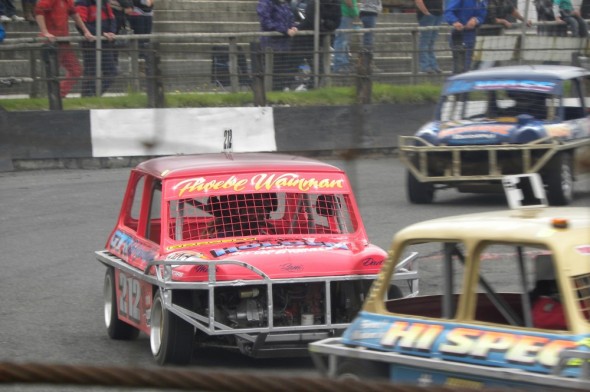 She still looks really quick and is now catching second place man Karl Hawkins, but the flag has dropped and Mad Max has won! Karl Hawkins is second and Phoebe third! Such a proud moment for myself, team and family! Phoebe drove her very best! And Frankie finished in 11th! 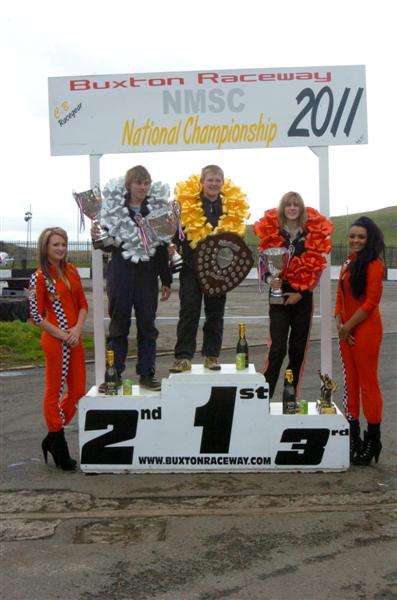 The top 3 cars now have to be stripped and checked to make sure everything is as it should be. Phoebe is a little annoyed as she can’t race again today! Still, she celebrates her 3rd place!

Frankie can still race though and is going out. He’s driving mint and in 3rd place with 1 lap to go. Unfortunately he gets swiped by two lower graders and is taken out. In his final he’s having a few racing incidents and finishes in 15th place. 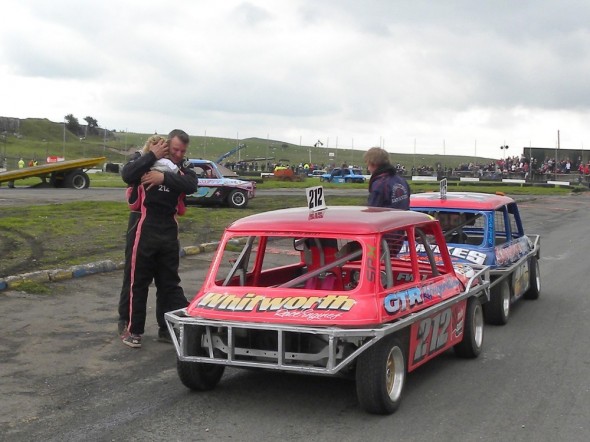 Phoebe gets third place and big hug from her dad. (Photo: Martin Fitzgerald)

So a fantastic day! So proud of my kids! And so pleased that Phoebe managed a podium finish in her last ever gold top race. Not only that, she recorded the fastest lap on the day.

Well done to all drivers! And congratulations to Max for his gold roof!

Thanks go to all who help us support Phoebe and Frankie and also thanks go to Meadowhall Transport and Dorrell Flooring who kindly sponsored the meeting. 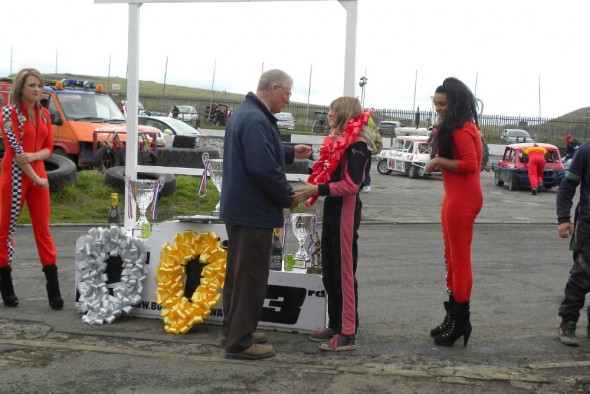 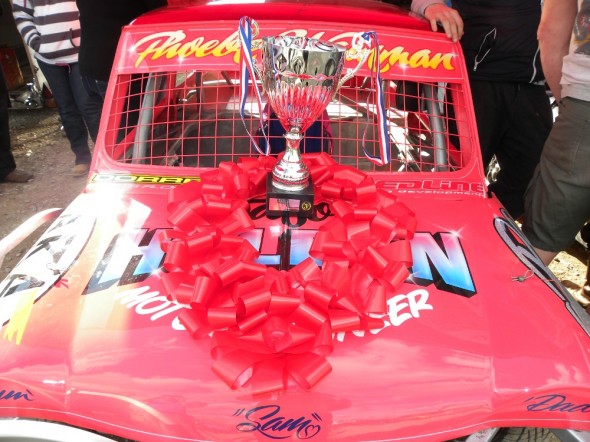 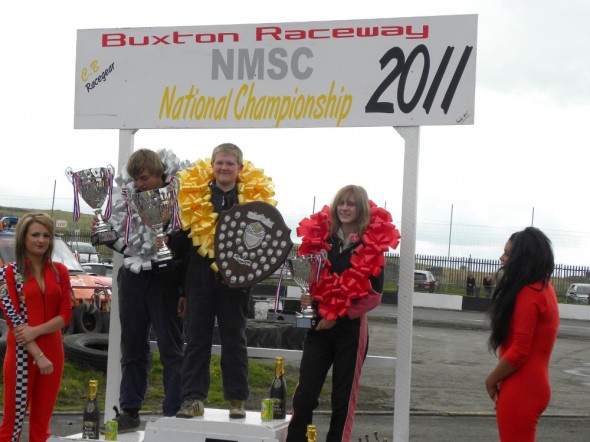 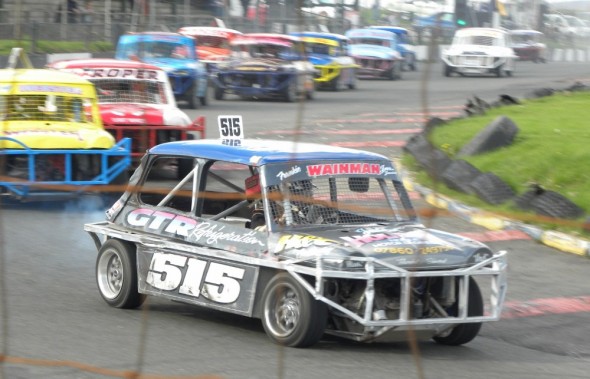 Frankie JJ was in 3rd place in heat 2 until.... (Photo: Martin Fitzgerald) 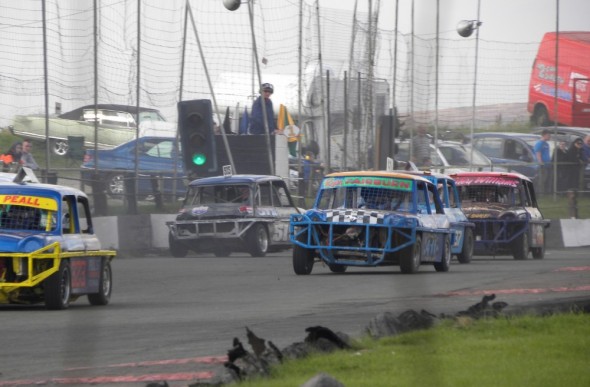 ....he got spun coming up to the last lap (Photo: Martin Fitzgerald)