So we’re off on our travels again, leaving home at 11.00 for Belle Vue. On arrival the weather is superb and not a rain drop in sight, although the pits were very wet. Still, a bit of mud never hurt anybody!

Frankie JJ is racing again today after his injury at Skegness. I make sure he has plenty of padding around his seat and he says it feels comfortable as he goes out for his heat. He started well and looked quick but then dropped back before pulling off. There was a problem with his dizzy cap which is easily fixed. Phoebe is having a good race and some good battles between her racing buddies, she gets fifth place. 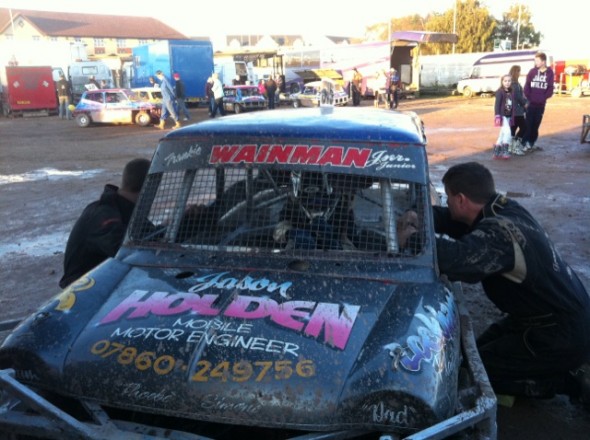 Frankie’s going a lot better in the next one until he clips the kerb. A few laps later he gets a flat tyre but battles on finishing in 11th. Phoebe is going well, she likes Belle Vue and it shows as she crosses the line in third place.

Final time, Frankie starts from the back because he didn’t qualify in his heats. He drove really well and got eigth place, his best result all night! Phoebe and Sam Jacklin are having a good race exchanging places before Phoebe is spun, but she drives like a demon and recovers really well getting back up into sixth. 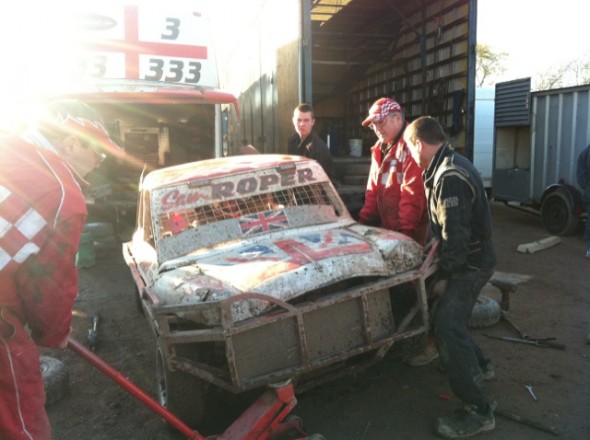 Last race of the afternoon. Frankie’s driving well but gets tangled up and finishes in 12th place. Phoebe is driving mint and gets into the lead and crosses the line in first place.

However her first place was short lived as she got docked 2 places for jumping the start. She would have still won it anyway but rules are rules! So she was awarded 3rd place! 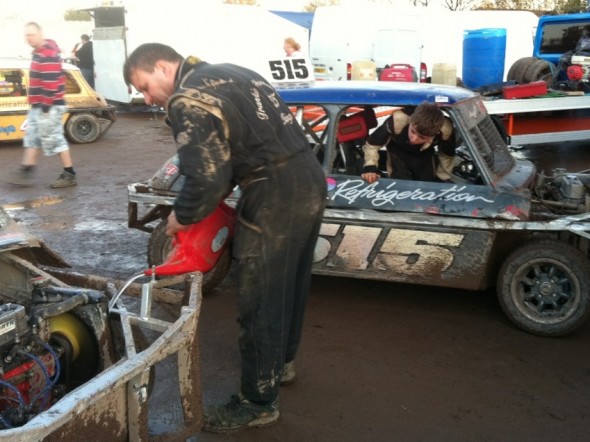 Everything gets loaded and we stop off at one of our locals for a Sunday roast on the way home.

As we pull up home the yearly Wainman bonfire is about to be lit, and Danny impresses us all with his firework display! Coventry eat your heart out!