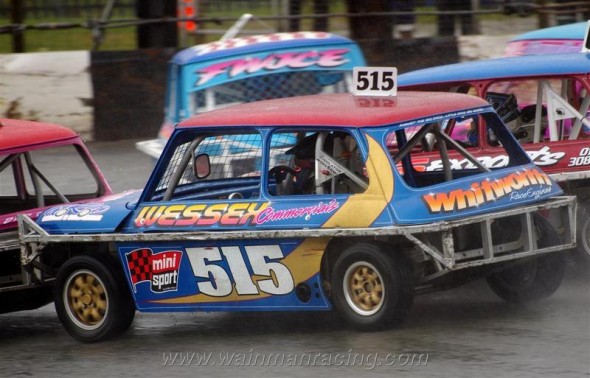 All up bright and early! This afternoon Young Frankie is racing at Buxton, then me and Danny are at Belle Vue this evening.

So both trucks leave home. Sam follows me in the mini truck and we drop the other one off at BV then continue to Buxton. Today will be the day we find out if Frankie JJ will win the Silver stripes.

It decided to rain for the entire meeting but this doesn’t bother JJ as he likes to race in wet conditions. Frankie’s start to the day couldn’t have gone any better. He quickly gathers his pace in the first few laps; some good racing between himself and Harry Peall as they try to avoid novices. Frankie drives straight between them and comes through using a bit of bumper then taking the lead and the flag!

His second race goes well and he gains himself a podium finish as he finishes in third. I’m busy working out the points situation! For young Frank to win the Silver Stripes he has to get a top 10 place but his rival James Riggal has to win it! The odds look good in our favour but James could still do it.

Out they go for the final. Another great drive for Frankie who receives a bit of bumper but gives its straight back! He fights his way into second place, James is not far behind him and is looking quick! 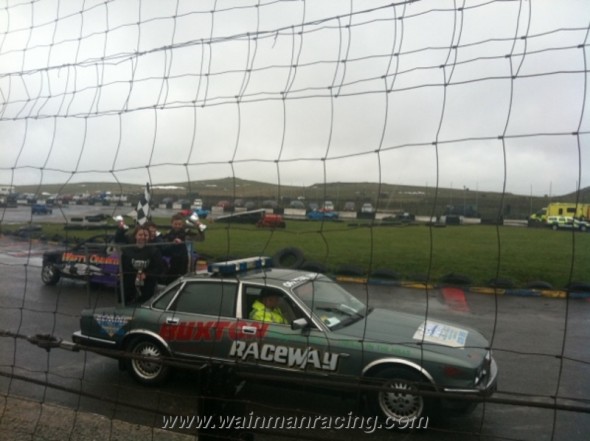 Frankie finishes second behind Courtney Finn and secures his Silver Stripes! We are over the moon for him!

Time’s getting on and I need to leave ASAP for Belle Vue but before I can do that Frankie’s flywheel needs to be removed and weighed. Before the race 3 positions are chosen to be randomly checked to make sure everything’s in order.

All 3 chosen minis were legal so after the all-clear we quickly load up and head off to BV. The meeting has already started but thankfully it’s an ‘all in’ format so if I don’t make the heats, hopefully I’ll make it for the final. 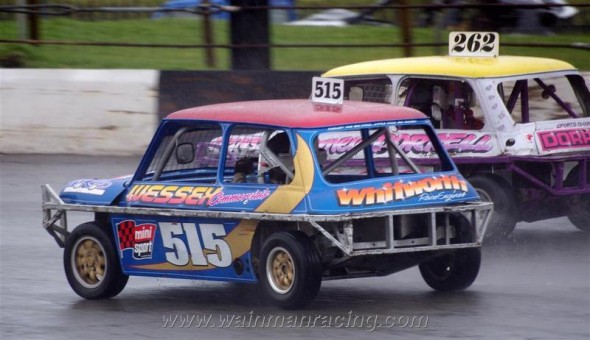 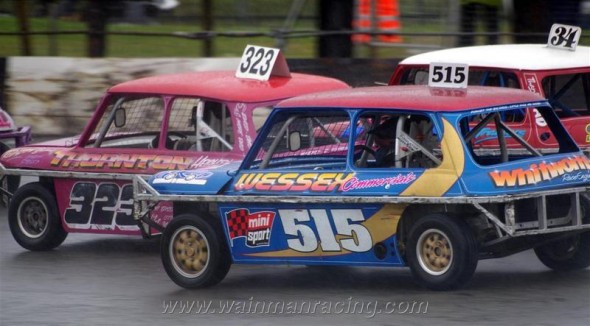