Just me racing this afternoon, as Danny’s engine is still sick and there are no meetings on for the Mini-stox. This is a huge help as I have a lot of work to do on the minis, especially engine wise. Still, I take the bigger transporter as I have a customer’s car to deliver for Holland. 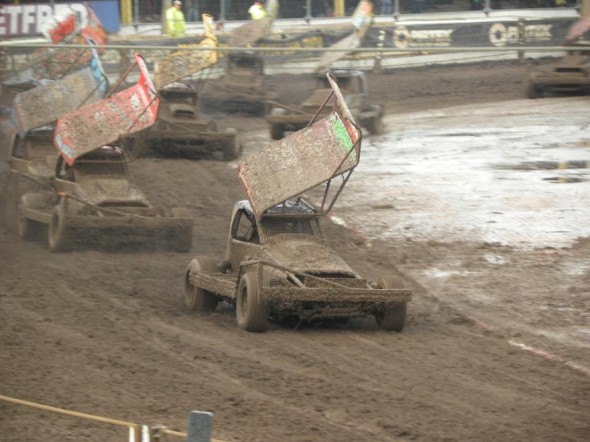 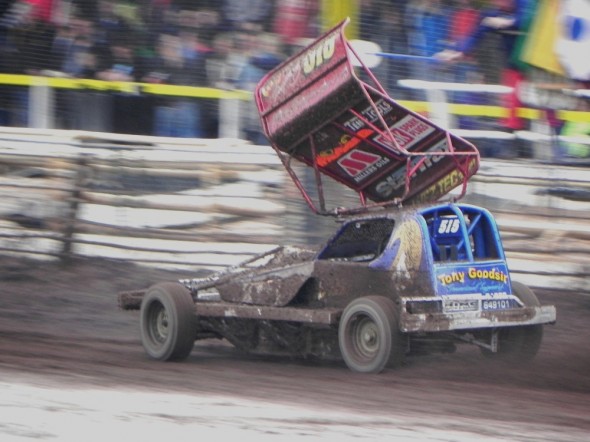 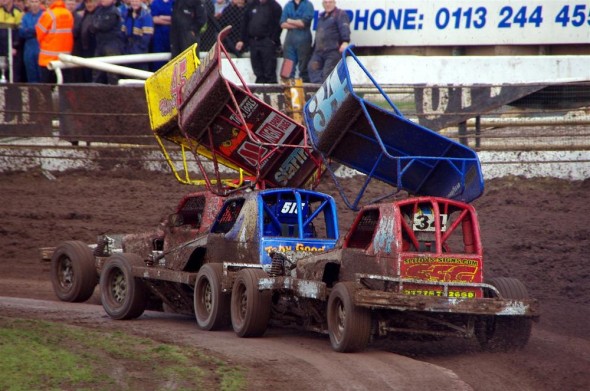 Two wheels on the kerb was the only way to get any grip (Photo: Chris Webster) 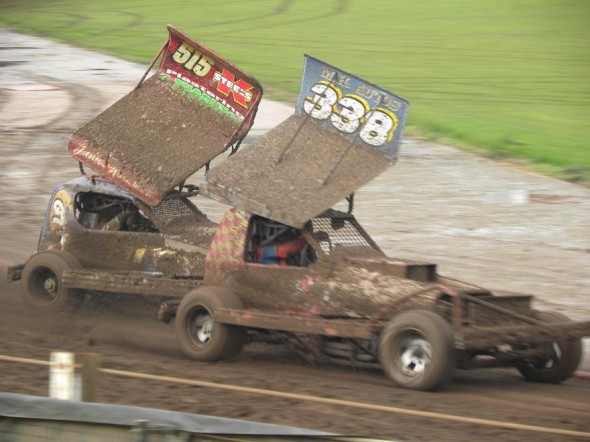 It’s the fifth Shoot-out round, halfway there. The track conditions for the first heat were appalling! Everyone looked very sluggish as they battled round, just after half way everyone managed to get up a bit more speed up and I got up into first place. On the last lap and I get stuck behind Nigel H and another driver which holds me up, meanwhile Joe Booth sees his opportunity to push me wide on the last bend to take the win, and I finish second.

In the pits we swap the car setup, putting it back to dry settings as the track has dried out and it’s stopped raining. The car feels good and it’s a lot easier to get the car around this time. I manage to keep out of trouble and cross the line third. 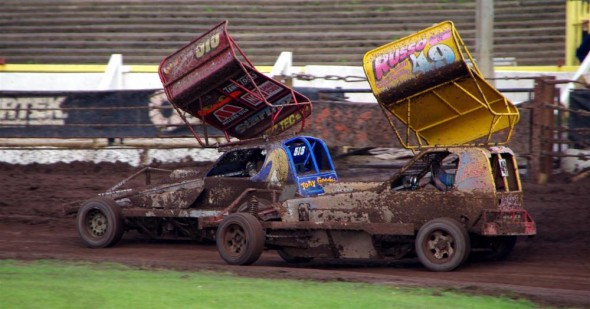 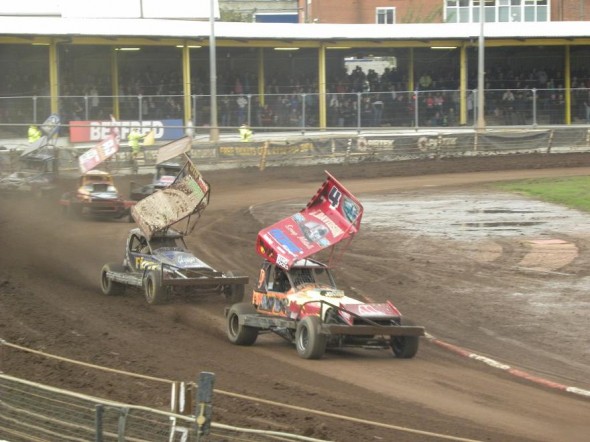 Getting past Craig in Heat 2 (Photo: Martin Fitzgerald)

I’m out for the final. On the rolling lap the film broke on my goggles, but in these conditions I always keep a spare pair down the side of my seat and as I’m swapping them over I miss the start. Still, I get going and manage to avoid a big pile up and end up in third place.

The Grand National was a bit chaotic! The rain has started again so the track is slippery. I got going okay but I ended in the fence with Paul Harrison, and then Tom Harris drives into the side of my cab. Still, I managed to continue until I end up crashing out with Joe Booth, bending the back wheel and ripping the panhard bar off!

Despite the finish to the meeting I was pleased with my other results and find myself leading the shoot out for the first time this year.

Here’s a few more photos from Chris Webster. Make sure you check out his superb website JC Stox Pics 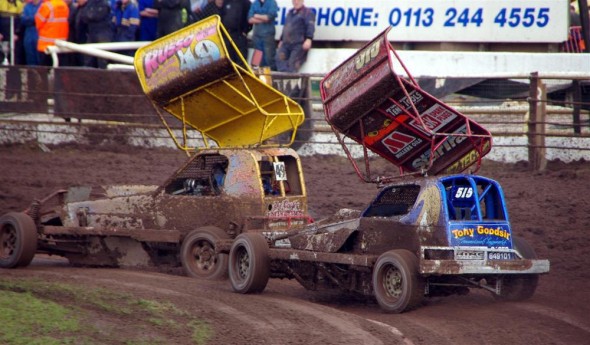 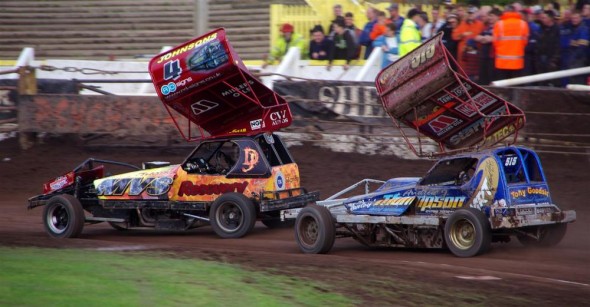 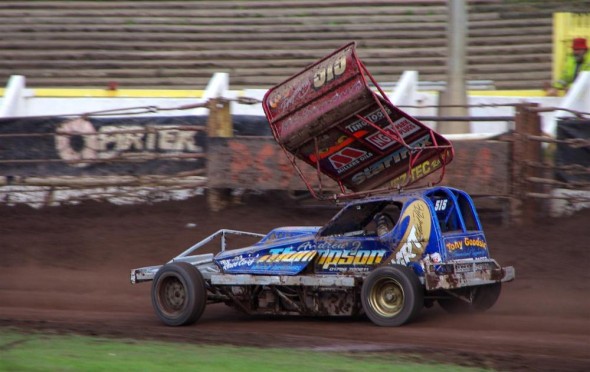 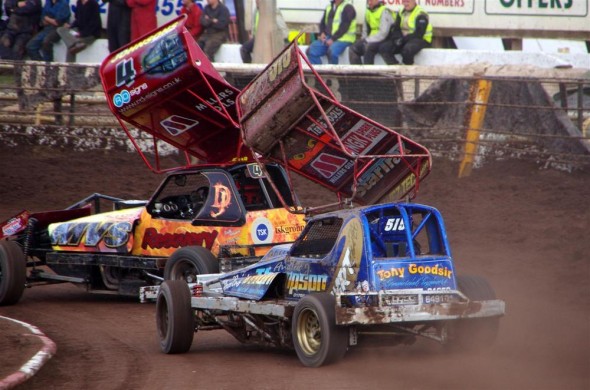 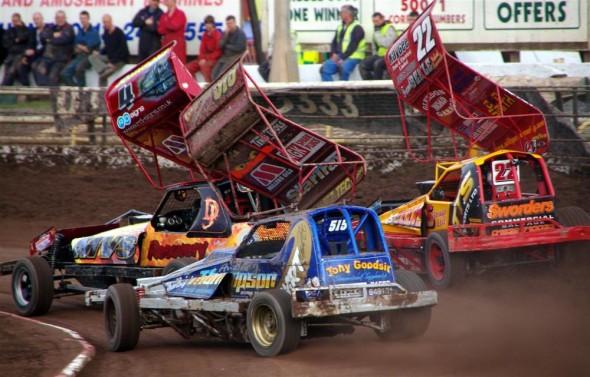