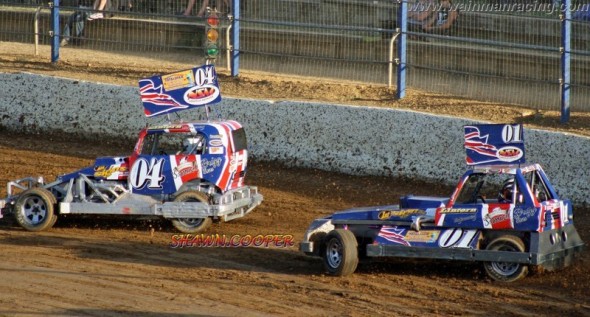 The GB Lions raced against Auckland at Waikaraka Park… and won!

Frankie was a bit of a target in the tank, but he still got a third and a fourth place, and Danny also got some good results.

Our World Champion Lee Fairhurst got two third places, and a rollover!

There’s a full race report on the Team GB website

Frankie JJ also raced in the NZ Ministox class. He did very well and managed to keep up with the Kiwis. The NZ Minis use 1200cc engines and running gear from Datsuns or Nissans, and are all built to the same spec. It’s minimum contact, and is an awesome formula for the kids. 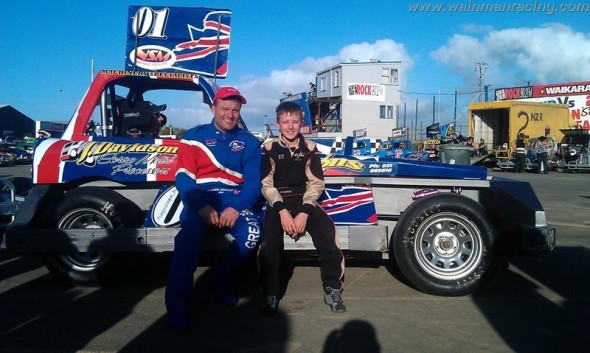 Looks like Waikaraka Park have featured Frankie JJ’s car on their logo!