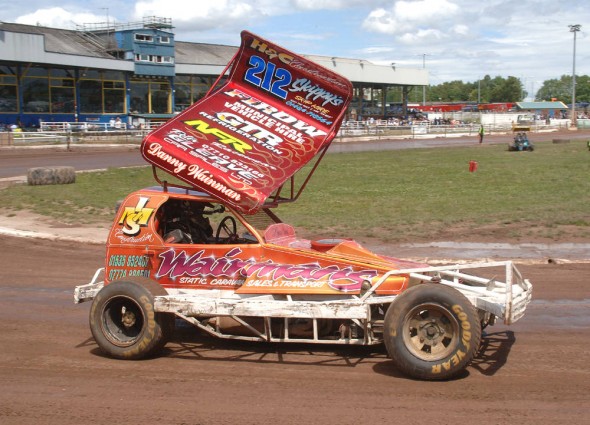 With no Minis racing this weekend the week was a little less busy. Thornie came up on Thursday night to work on my shale car which was still loaded up from Kings Lynn. I really appreciated this as that night I had to drive to Derby for a ‘Stock Car associated meeting’, not getting back until after midnight.

Enjoyed a rare Saturday night off, me and the family go to watch the new Pirates Of The Caribbean film.

Left the farm at 9.30am Sunday morning for Belle Vue. The weather was amazing and even stayed fine for the meeting itself, which is a rarity for Manchester meetings.

Well what can I say about this meeting except that its probably been my worst so far this year! If it wasn’t me going out / taken out it was Daniel too! What could go wrong, went wrong, but that’s just how it is sometimes.

In the first heat I got tangled up but managed to qualify for the final by getting 6th place.
During the final the diff went so I retired to the infield. Going well in the national and the carburettor flooded up so another race wasted! It never rains, it pours!

Monday night I drove back to Manchester to pick up some car parts so I can finish off a new build car for Dutch driver H195, which is to be collected on Wednesday. Dutch friends turn up Wednesday afternoon and are very pleased with their new shale car, and they leave the farm for their long journey back home. It always feels good to get a job finished and see it leave with happy customers!

The rest of the week, amongst other jobs I work on my old shale car, making sure it’s in good shape ready for me to deliver to its new owner F2 driver 212 Mark Calzoni.

After Sunday at BV, Samantha and I sit down to study the Semi final grids. The line ups look more like a World Final grid! After much thought and annoyance, I felt it would be more practical to choose the Skegness Semi, which is a real nuisance as I will be in the Isle Of Man With Phoebe and Frankie JJ. This means flying to Skeg on Sat morning and returning to the Isle of Man Saturday night! But I felt if I was to stand any chance of qualifying for the World Final then this would be my safest bet? 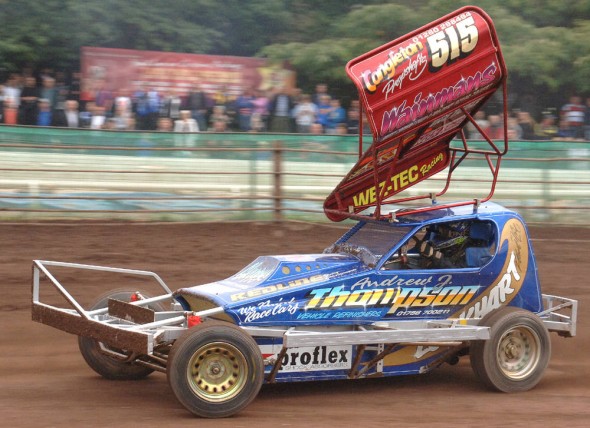